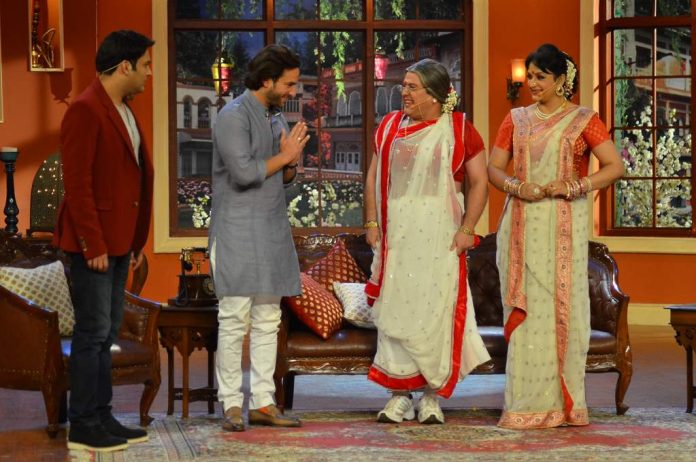 BollywoodGaram.com: Bollywood star Saif Ali Khan on November 25, 2013 promoted his upcoming movie ‘Bullet Raja’ on the sets of ‘Comedy Nights with Kapil’ at Filmcity. Kapil Sharma has become a popular name among Bollywood celebrities due to his famous show.

The new movie will be released on November 29, 2013 and is directed by Tigmanshu Dhulia. Saif interacted with all popular characters on the sets and enjoyed being featured in the show.

The director of the movie said that this is the first time that he attempted to make a commercial film. In the past, Dhulia made movies like ‘Paan Singh Tomar’ and ‘Sahid Biwi Aur Gangster’.