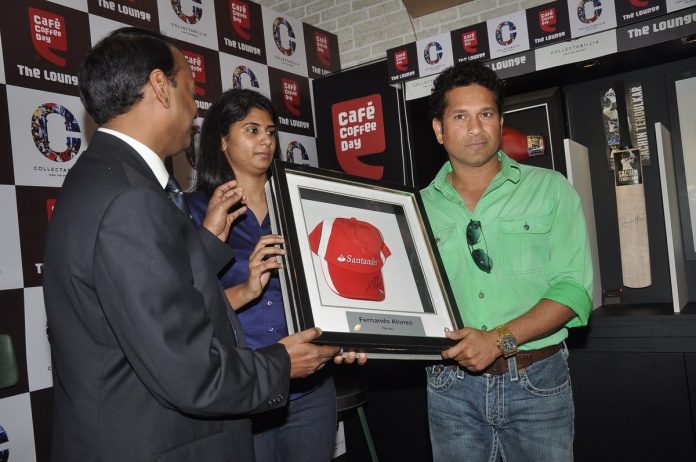 BollywoodGaram.com: Indian veteran cricketer Sachin Tendulkar – who recently announced his retirement – was spotted at an event in Mumbai to announce the association between Coffee day Lounge and Universal Sportsbiz.

Sachin was dressed casually for the event, in a green shirt and jeans. The veteran announced on October 10, 2013 that he would retire from cricket after two test series against West Indies in November 2013 and since then, various events have been held in his honor.