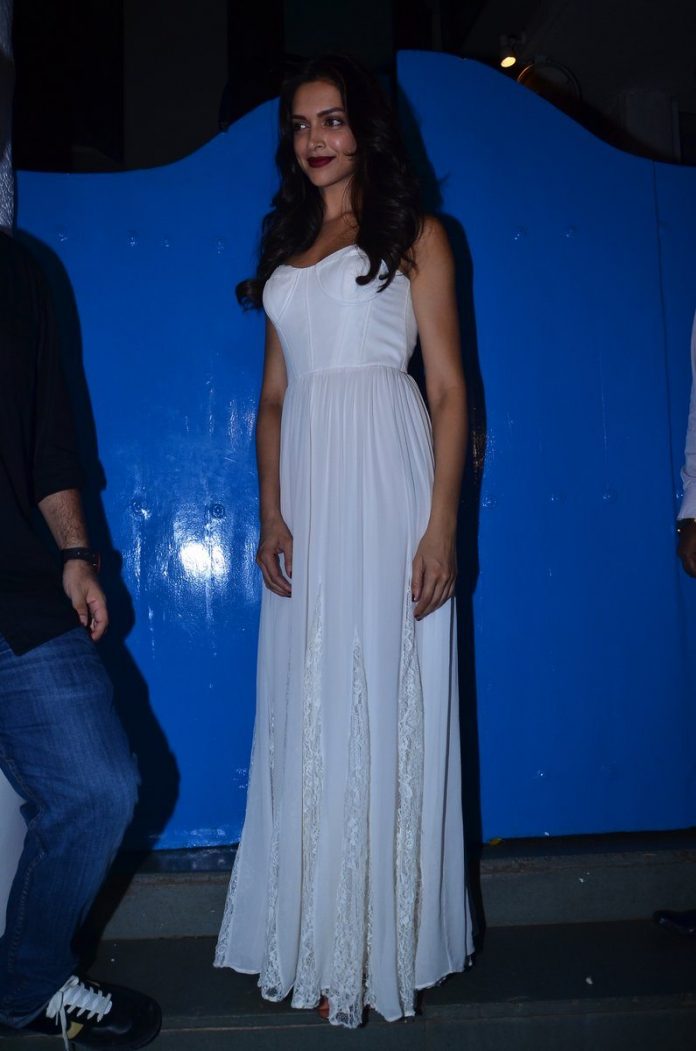 BollywoodGaram.com: The makers of the movie ‘Finding Fanny Fernandes’ hosted a wrap-up party at Olive in Mumbai on November 27, 2013. Bollywood actors Deepika Padukone, Ranveer Singh and Arjun Kapoor were spotted attending the bash.

Other celebrities who also attended the event included Huma Qureshi, Randeep Hooda, Pankaj Kapur, Anurag Kashyap and Naseeruddin Shah. While talking about working with Arjun, Deepika said that she has known him since childhood, due to which working with him is a little strange.

The ‘Ram Leela’ actress went on to say that he was part of her group of friends and that she never thought he would become an actor. At the event, Ranveer was seen sans his popular ‘Ram Leela’ mustache.