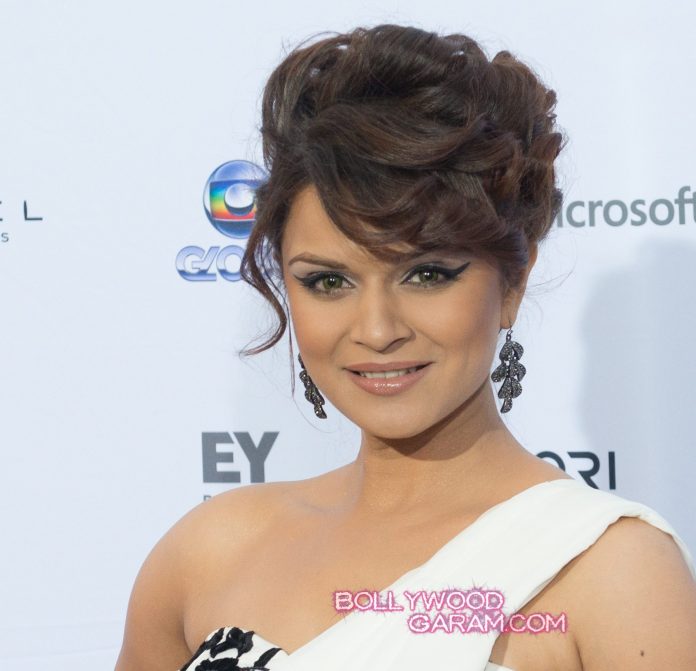 BollywoodGaram.com: Aashka Goradia looked great as she made her way on the red carpet at the 41st International Emmy Awards in New York City.

The actress wore a black and white sari gown made by designers Riiddhi and and Siddhi Mapxencars.

Goradia represented India as a jury member and this is the second time she has been part of the jury at the Emmy Awards.