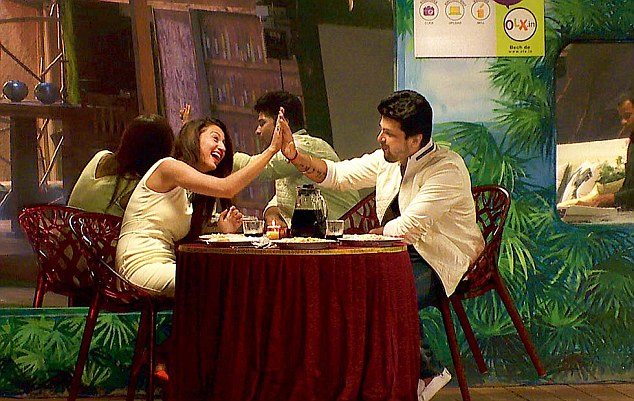 BollywoodGaram.com: It seems that proposals have become a tradition on the popular reality show Bigg Boss and the next in line to do it will be Kushal Tandon and Gauhar Khan during the current season. In one of the upcoming episodes, Kushal will be seen proposing to Gauhar on reality TV.

In the past few episodes, the couple have been in the news for their blossoming intimacy and chemistry. The proposal will be part of a task given to the inmates by Bigg Boss. The new episode will be aired on November 29, 2013 and the inmates of the house will give a task to Ajaz and Kushal to woo Gauhar in order to win a date with the actress.

The task will be hosted by VJ Andy and in the first round, both male contestants will have to sing a song for Gauhar. Sources from the production unit said that during the second round, Kushal proposed to Gauhar and said that he does not care if he wins the task or not, but he would like to declare in front of the whole world that he loves Gauhar and wants to grow old with her.

After the proposal, Gauhar was moved and in tears. Meanwhile, Ajaz also tried his best to woo Gauhar, but Kushal managed to win.