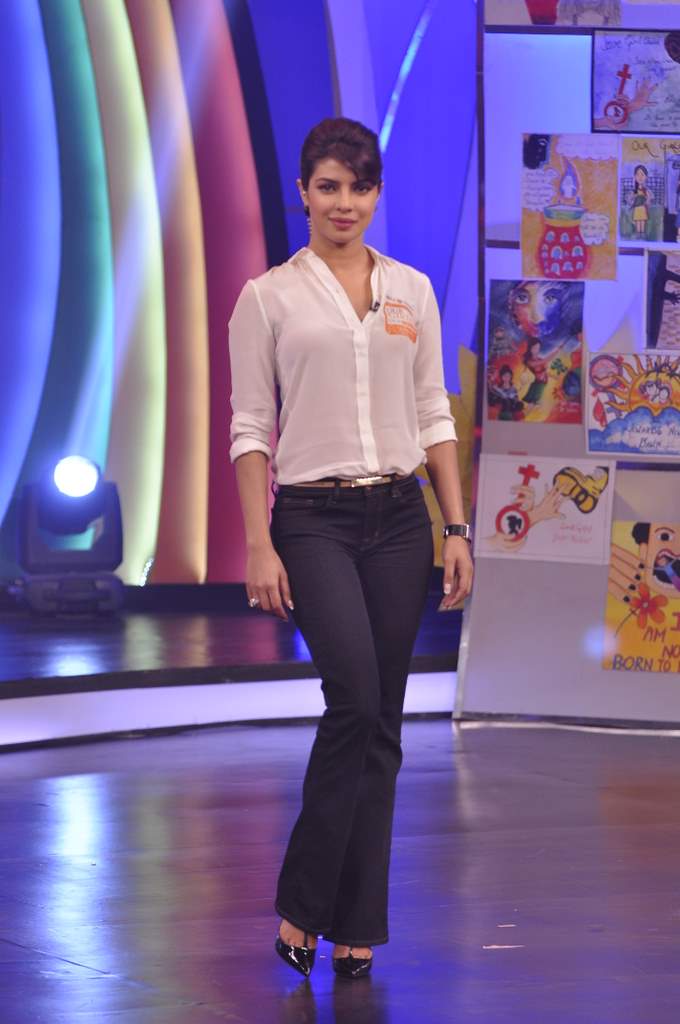 BollywoodGaram.com: The latest campaign, titled ‘Our Girl Our Pride’ was launched by NDTV and Vedanta on December 1, 2013. Bollywood actress Priyanka Chopra and Vikram Chandra hosted the campaign which had a goal of raising awareness about the empowerment of girls.

The cause managed to raise a significant amount of money. Guests on the show included Karisma Kapoor, Kajol, Anushka Dhawan, Varun Dhawan and Alia Bhatt. Bollywood singers Shaan and Swanand Kirkire also performed during the event. The campaign focused on the issues like infanticide , foeticide, health, education and nutrition.

Priyanka – who has been named the brand ambassador of the event – looked elegant in a white shirt and trousers.