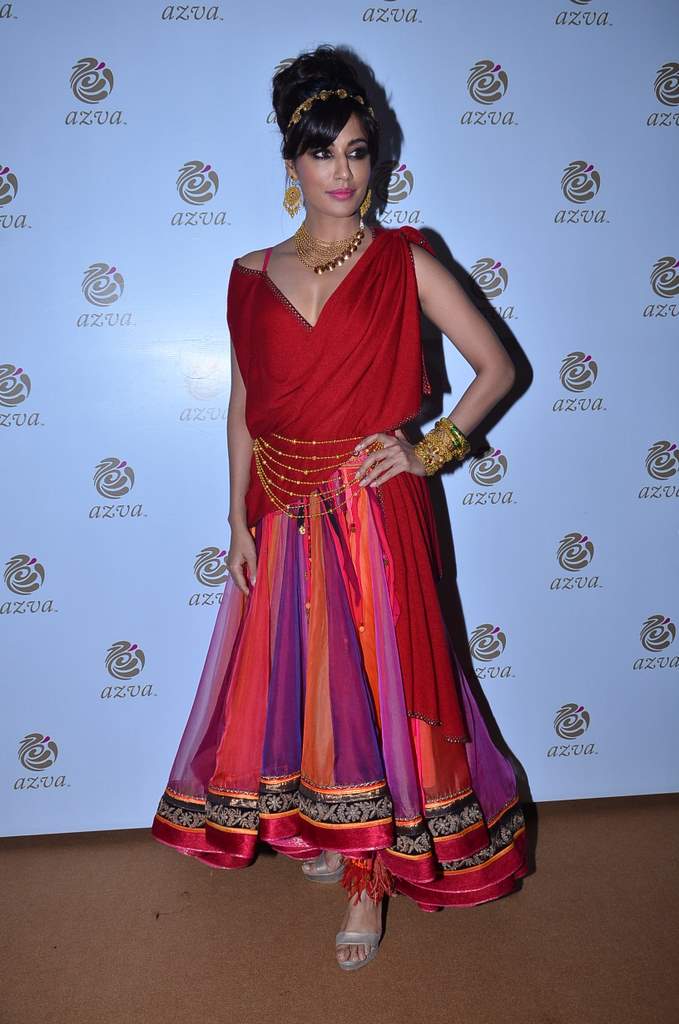 BollywoodGaram.com: The Day 3 at the Aamby Valley India Bridal Week 2013 was a star-studded event, as several Bollywood celebrities showed up on December 1, 2013. Stars at the event appeared in their best outfits and made the event even more glamorous. Some of the stars who were spotted included Sameera Reddy, Hema Malini, Esha Deol, Jakky Bhagnani, Adam Bedi with Nisha Harale and Anu Malik.

The event also saw Dia Mirza and Evelyn Sharma, who walked the ramp. Sharma was spotted on the ramp for the designer duo Falguni Sharma and Shane Peacock.

The fashion happening was also attended by actors Dino Morea and Jackie Shroff.