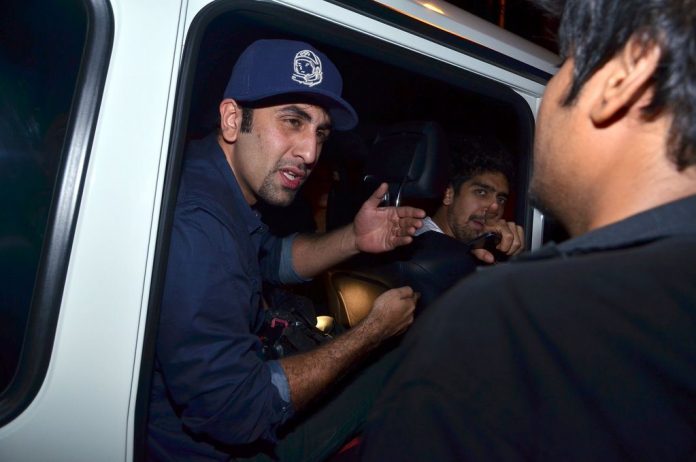 BollywoodGaram.com: Bollywood actor Ranbir Kapoor – who is known for playing joyful and fun roles – had a bad moment with reporters while he was coming out of a party in Mumbai with Ayan Mukherji on December 5, 2013. Ranbir reportedly took away the camera of one of the female journalists and refused to give it back.

Ranbir and director Ayan were seen coming out of a party when the media people spotted them and started taking pictures and filming them. Kapoor snatched the camera, refused to give it back and even challenged the media people to race with his car.

Ranbir was recently seen in the movie ‘Besharam’, which did not do so well at the box office.