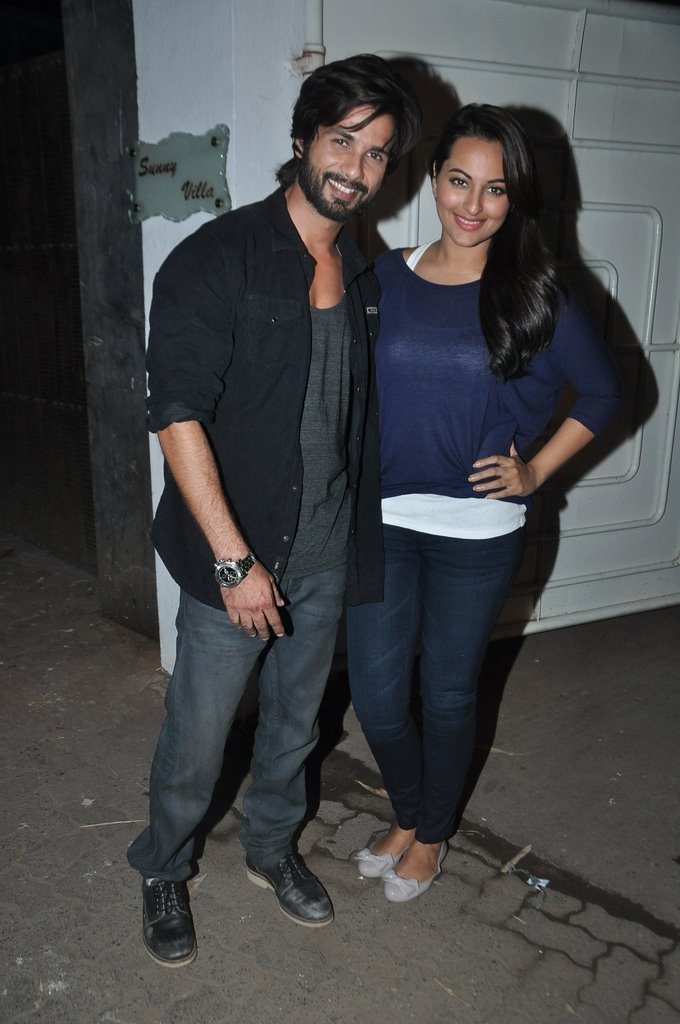 BollywoodGaram.com: Actors Shahid Kapoor, Sonakshi Sinha and Ayushmann Khurrana were seen attending the special screening of ‘R…Rajkumar’, which was held at Sunny Super Sound in Mumbai on December 5, 2013. The screening was also attended by Parmeet Sethi, Ashutosh Gowariker and Pankaj Kapur.

Shahid in a recent interview said, “I have been unlucky that my films did not work, but I have been lucky as my fan following has been intact. I am lucky that the audience has been very nice.”

The movie ‘R…Rajkumar’ has been directed by Prabhu Deva and was written by Shiraz Ahmed. The movie also stars Sonu Sood, Mukul Dev, Srihari, Asrani and Poonam Jhaveri.