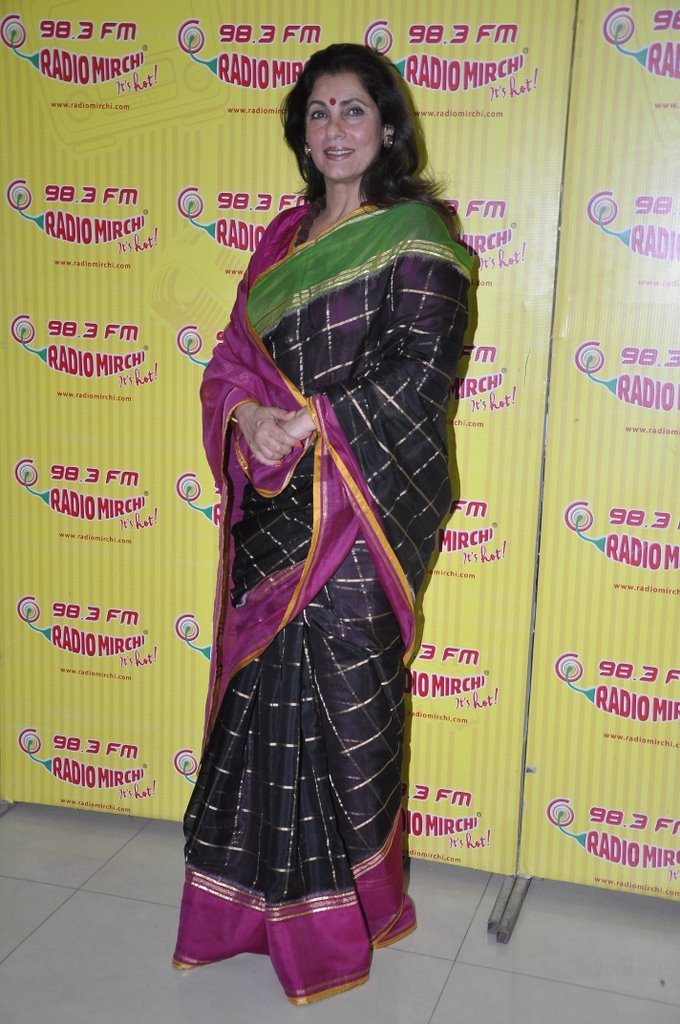 BollywoodGaram.com: Veteran Bollywood actress Dimple Kapadia was seen promoting her upcoming movie ‘What The Fish’ at Radio Mirchi on December 6, 2013. Dimple will be seen playing the lead role in the Gurmeet Singh movie.

The ‘Dil Chahta Hai’ actress will be playing a 60-year-old lady from the state of Uttar Pradesh. ‘What The Fish’ is all set to hit the theatres on December 13, 2013. The movie also stars Manjot Singh and Manu Rishi Chada.

This will be the first time that the actress will be trying her hand at comedy. Kapadia also confessed that she has come out of her comfort zone to promote the movie.