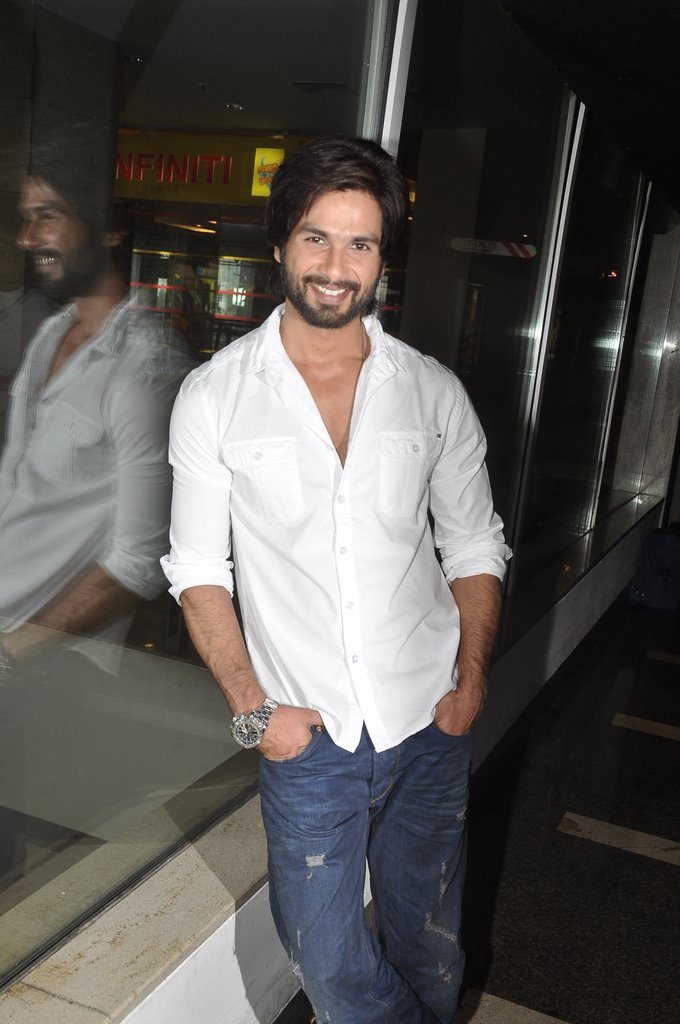 BollywoodGaram.com: The star of the recently released movie ‘R…Rajkumar’, Shahid Kapoor was seen promoting the flick at Cinemax in Mumbai on December 6, 2013. The actor was dressed casually for the occasion and interacted with his fans at the venue.

During the promotions, Shahid was surrounded by plenty of female fans, who were seen grabbing and hugging him and the actor obliged many of them with pictures, posters and autographs. The actor seemed happy and generous while promoting the movie and obviously liked interacting with the fans.

The ‘Jab We Met’ actor also cut a cake with two of his fans. The movie hit the theatres on December 6, 2013.