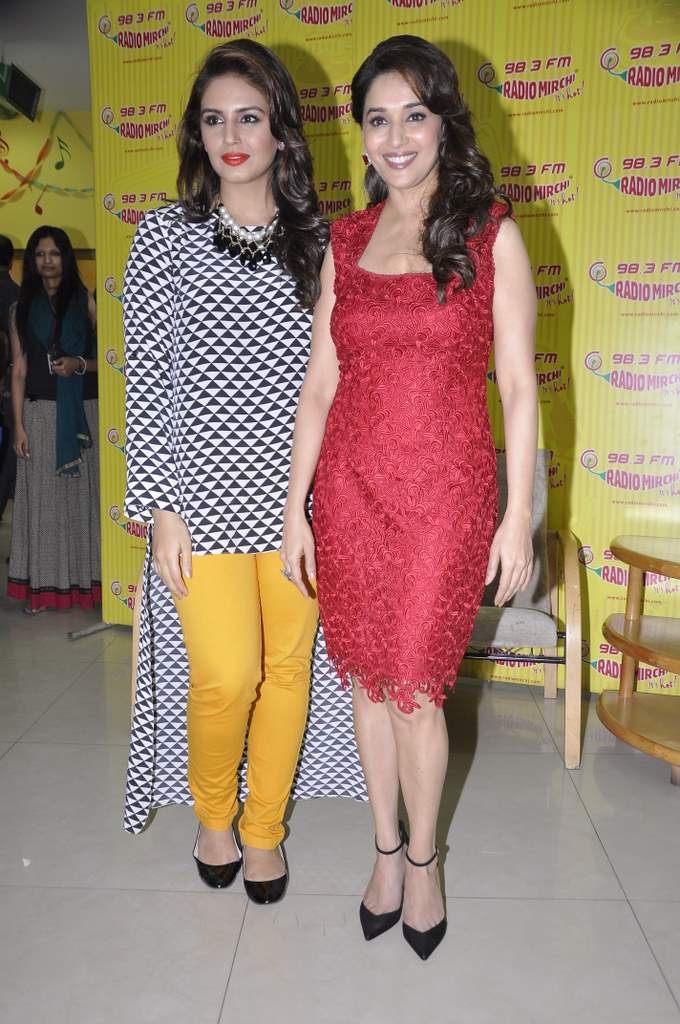 BollywoodGaram.com: Veteran Bollywood actress Madhuri Dixit and Huma Qureshi – the stars of the upcoming movie ‘Dedh Ishqiya’ – were seen promoting their new flick at Radio Mirchi 98.3 FM Studios in Mumbai on December 9, 2013. Madhuri attracted the attention of everyone there as she appeared in a hot red dress.

While talking about her role, Madhuri said that the best thing about her character of Begum Para is that she has layers and her reality comes out in the end.

During the event, Huma was asked if she felt insecure about sharing the screen space with the veteran Bollywood actress, to which she replied that there was no sense of competition and she was just happy to be part of the project.