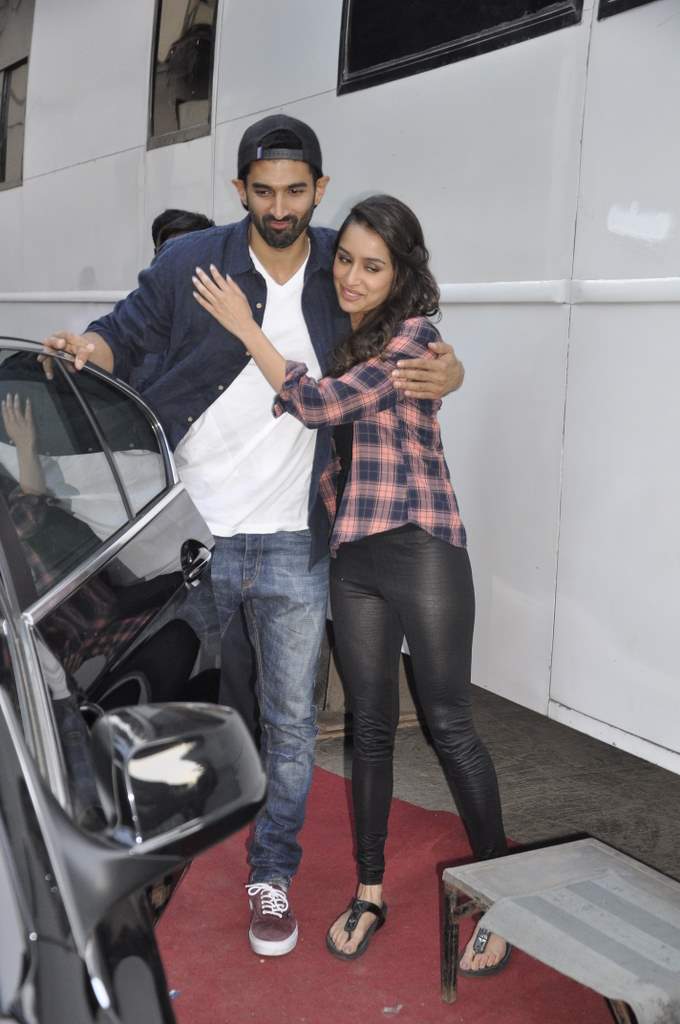 BollywoodGaram.com: Popular on-screen couple Shraddha Kapoor and Aditya Roy Kapoor were spotted together at Filmistan Studios in Mumbai on December 10, 2013. The ‘Aashique 2’ stars were seen outside the studios and were dressed casually while making friendly gestures.

Shraddha and Aditya recently made a joint appearance on the latest season of ‘Koffee With Karan’ by filmmaker Karan Johar. The two have been one of the best on-screen couples of 2013, due to their chemistry in ‘Aashique 2’.

Shraddha is the daughter of the veteran actor Shakti Kapoor and entered the film industry with the movie ‘Teen Patti’ as Aparna Khanna and then went on to do roles in other flicks, including ‘Luv Ka The End’ and ‘Gori Tere Pyaar Mein’.