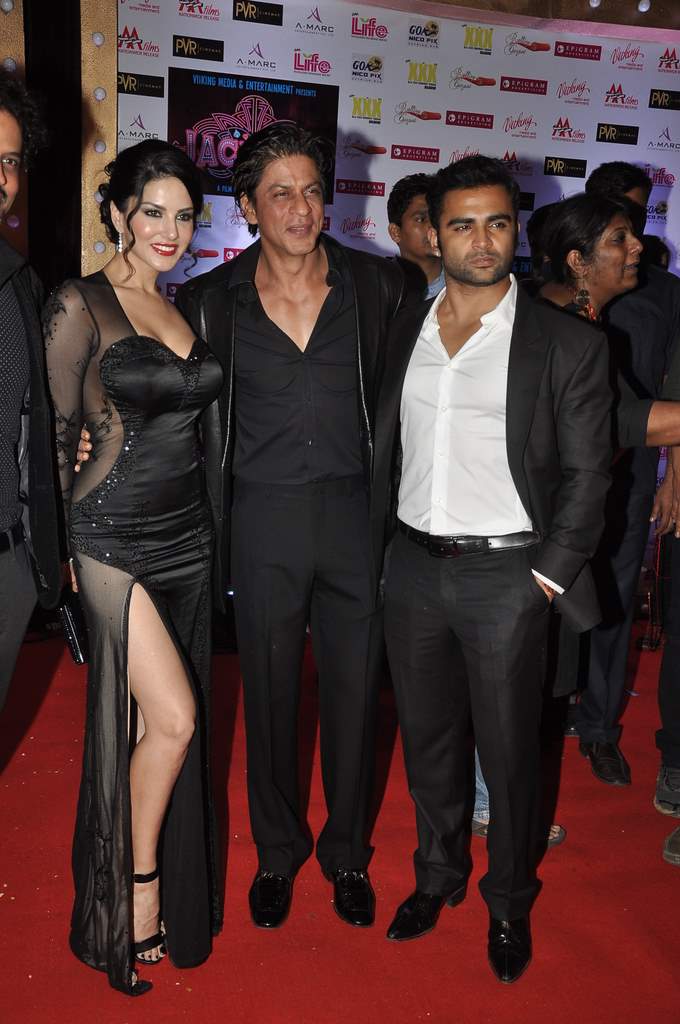 BollywoodGaram.com: Bollywood superstar Shahrukh Khan, Indo-Canadian adult star Sunny Leone and Sachiin Joshi were seen at the premiere of their upcoming movie ‘Jackpot’. The premiere was held at PVR Cinemas in Juhu area in Mumbai on December 12, 2013.

While talking to the media, Sachiin said, “We have worked really hard on the film, have given our best, the film has a good buzz, people have liked the songs, so I hope we hit the jackpot.”