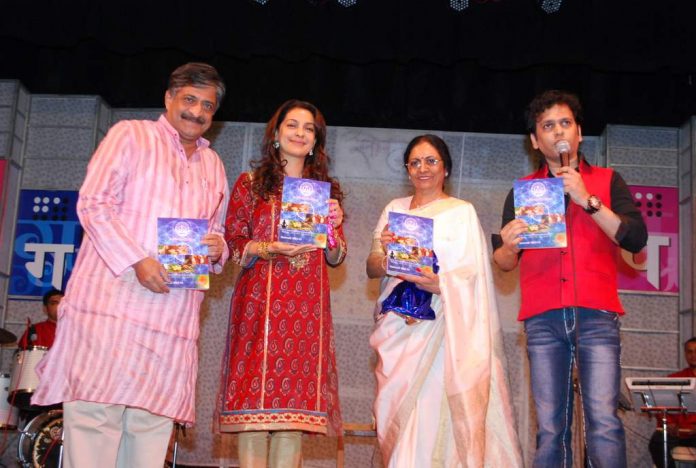 BollywoodGaram.com: Former beauty queen Juhi Chawla attended the birth centenary celebrations of Sarlaben Sheth, which was held in Mumbai on December 12, 2013. The celebrations were also attended by A K Munshee Yojana, Bharati Ganjawala and social activist Atul Shah. In recent times, Juhi has been participating in various social activities.

The ‘Dil’ actress will soon be seen in her upcoming movie ‘Gulaab Gang’, which also stars Madhuri Dixit.

Juhi recently spoke about the movie and said that she was startled when she heard the script, as it was a very strong movie and was amazed by her negative role.