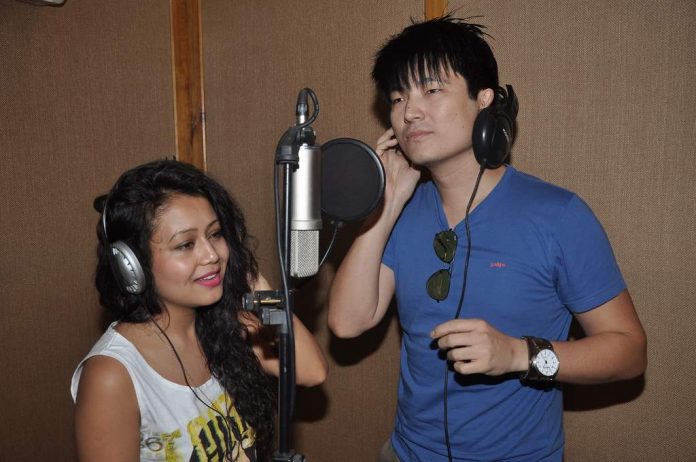 BollywoodGaram.com: Indian singers Neha Kakkar and Meiyang Chang were spotted recording a new song for Hanju Tony Kakkar at Soundbox recording studio in Mumbai on December 16, 2013. Meiyang and Neha are the singers who first attracted attention on the reality show Indian Idol.

While talking to the media, Chang said that there were many rumors that he was dating Neha and the fact that people are talking about it means that singing-wise and acting-wise they have done a great job.

While talking about Neha, Chang said that she is a great singer and that he is trying to experiment with various things after the release of his new single.