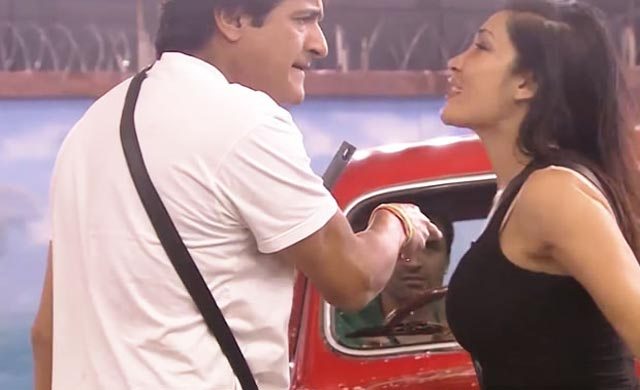 BollywoodGaram.com: One of the contestants of the popular reality show ‘Bigg Boss’, Armaan Kohli was arrested on December 16, 2013 for alleged physical abuse of a co-contestant on the show. The TV actor has been granted bail by a Mumbai court on December 17, 2013.

The 41-year-old star was arrested by Lonavla Police after Sofia Hayat filed a complaint and stated that she was manhandled by Mr. Kohli on the show. The actor was taken into custody under sections 324 (voluntarily causing hurt by dangerous weapons or means), 504 (intentional insult to provoke breach of peace), 509 (word, gesture or act intended to outrage the modesty of a woman), 506 (criminal intimidation) and 354 (sexual harassment) of the Indian Penal Code.

The 29-year-old actress alleged that Kohli hit her in the face with a mop which she was using to wipe the windscreen of a car during one of the tasks on the show. The actress also alleged that Bigg Boss did not air the footage of Kohli hitting her, since children also watch the show.

Sofia stated that she wants Armaan to go to jail for at least a month and that the world needs to know that India will not tolerate this behaviour.