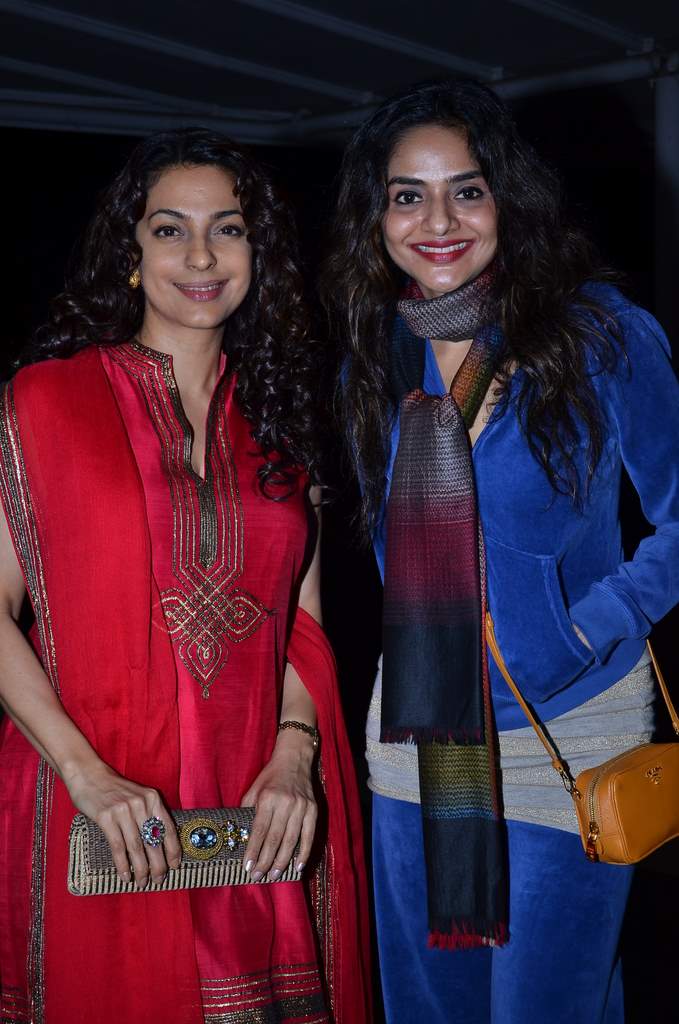 BollywoodGaram.com: Makers of the upcoming movie ‘Lakshmi’ hosted a special screening at NDFC in Mumbai on December 17, 2013 and Bollywood celebrities gathered to attend the event. Actress Juhi Chawla, Anup Soni, Nandita Das and Madhoo were some of the stars spotted at the event. The movie has been screened at the Sophias College in Mumbai and it received a phenomenal response so far.

Some of the students were touched by the movie’s subject, which is human trafficking and child prostitution. The movie has Monali Thakur playing the lead role and also has Shefali Shah. ‘Lakshmi’ will hit the theaters on January 17, 2014.

The director of the flick Nagesh Kukunoor is known for making movies like ‘Iqbal’, ‘Dor’ and ‘Aashayein’.