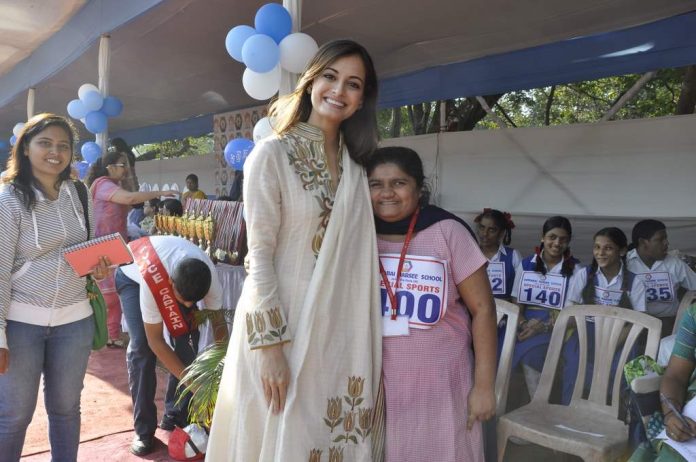 BollywoodGaram.com: Former beauty queen Dia Mirza attended the special student sports meet which was held at Jamnabai Narsee School in Mumbai on December 17, 2013. During the event, the ‘Dum’ actress interacted with the students and also took part in the sports march.

Dia appeared in a simple white outfit and obliged many students for pictures and autographs. The actress has not been very active when it comes to cinema in 2013 and appeared in just two movies, ‘Hungame Pe Hungama’ and Punjabi movie ‘Prince Of Patiala’. In 2012, the actress won the IIFA 2012 Green Award for her contribution towards the greener environment.