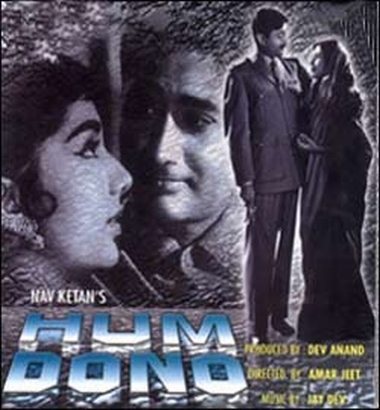 Dev Anand’s fans will have a huge smile on their faces when they come to know about this that his evergreen film ‘Hum Dono’ is 3D’. The film is already in the process of getting converted to a coloured film, but 3D is all the more exciting where his fans will have the pleasure to have their hero on their sides.

The film’s makeover is being done by Legend Films, which is responsible for transforming the Hollywood black and white classics to coloured films. The founder of Legend Films, Barry Sandrew, said, “The 3D process is currently being considered for the conversion of Hum Dono Rangeen, which will further enhance the value of this invaluable Bollywood classic, giving it new life for future generations of audiences.”

‘Hum Dono’ was made in 1961 and starred Dev Anand in double role along with Nanda and Sadhana in the lead roles. The film had some of the very famous songs which include, ‘Main zindagi ka saath nibhata chala gaya’ and ‘Abhi naa jao chhodkar’.

The audience will surely be eager to see this movie in the coloured and 3D version.