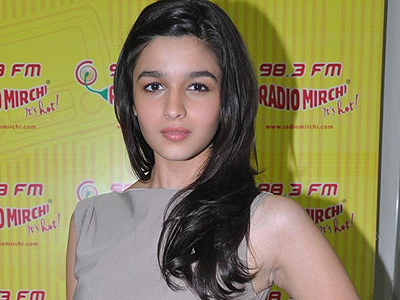 After bagging Karan Johar’s lucrative ‘Student Of The Year’ project, debutante Alia Bhatt has bagged yet another good offer. Bhatt’s next project will be the movie adaptation of the best selling Chetan Bhagat book ‘Two States’.

Our sources have revealed that the ‘Ishaqzaade’ actor Arjun Kapoor will be starring opposite Alia. The flick will be directed by Abhishek Verman, who has also worked as a creative director in the movie ‘Student Of The Year’.

Including Alia would excite Karan Johar as he has been hunting for a leading lady for this project for a while now. However, the official announcement will be made only after the movie ‘Student Of The Year’ hits the silver screens.

The story of Two States is about a Punjabi lad, who falls in love with his South Indian classmate. The two wish to get married to each other but they have a major task of convincing their parents to acknowledge their marriage. The movie will show the struggle the couple faces in trying to convince their parents, who belong to different cultures and different states. So it is obvious that Alia will be playing the role of a South Indian girl while Arjun will be seen playing the Punjabi boy, following Alia’s fine performance in the rushes of ‘SOTY’.