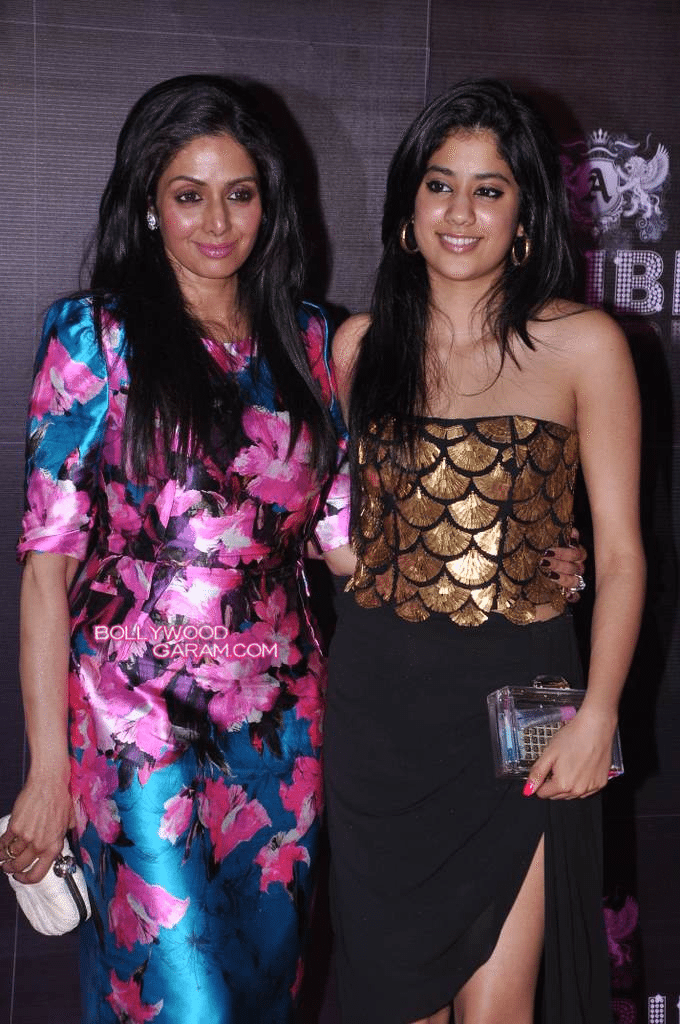 BollywoodGaram.com: Veteran Bollywood actress Sridevi has a grown-up daughter Jhanvi, who is already flooded with movie offers. Sridevi and Boney Kapoor’s daughter is just 16 years old, but has managed to catch the attention of many Bollywood filmmakers.

In recent times, Jhanvi has been stepping out with mother Sridevi on many red carpet events. The teenager is also being watched by the fashionistas for her amazing dress sense and charm, which she seems to have got from her mother. Sources close to the Kapoor family revealed that young Jhanvi has many fans down South and is also well connected in the industry.

With this in mind, the teenager has reportedly been getting offers from Southern producers who are planning Hindi projects. The South Indian producers are allegedly eying the young Jhanvi, as her mother Sridevi also started off as a child artist. Jhanvi has been offered to star opposite Ram Charan, Chiranjeevi’s son, as well as Nagarjuna’s son Naga Chaitanya. However, the famous parents of the young talent say that their daughter is too young to start in the industry.

Some of the biggest names in the industry like Dil Raju, Ashwini Dutt, Allu Arvind and all the major filmmakers are believed to have contacted father Boney Kapoor.

In 2012, in an interview with a news source, Sridevi stated that she wants her daughter to concentrate on her studies.