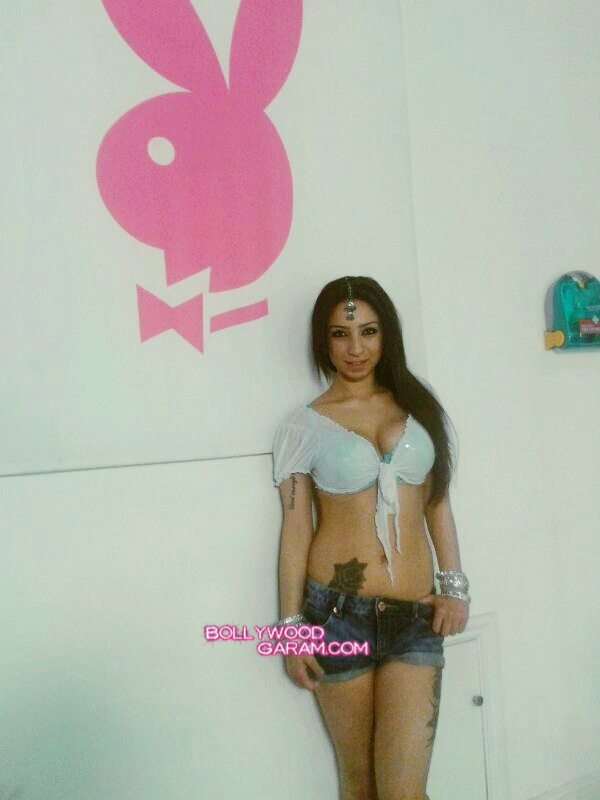 BollywoodGaram.com: While Bollywood fans across the globe are still mesmerized by the reign of sizzling India-Canadian adult actress Sunny Leone, the latest buzz is that a new Playboy hottie is going to enter Bollywood. Her name is Shanti Dynamite, a Punjabi who is better know to be the Playboy star who hosts an adult-themed TV chat show in the UK.

The latest buzz making the rounds is that the curvaceous Playboy model will be showing off her very hot, toned figure in an upcoming Bollywood movie called ” “Chal Doctor Doctor Khelein”, where she is expected to do a dance sequence aka item number. The movie is directed by Saurabh Mallik.

Shanti opened up about her childhood and her Bollywood influences and said, “I grew up while going to the Gurudwara’s, eating Indian dishes, wearing Indian clothes and watching Bollywood movies. While growing in Indian culture I fell in love with the world of Bollywood. My all-time favourite stars are Amitabh Bachchan, Rekha, Sridevi, Salman Khan and Shah Rukh Khan and now I am going to be part of this great industry, I feel blessed.”

Shanti Dynamite – who is a British-based Indo-Greek model – made her debut when she was just a teenager as a glamor model on the popular Hotel Voyeur – a famous UK-based topless show. She was born in Uganda and her mother hails from Jalandar, Punjab.