Bollywood Garam: Aamir Khan is always known to do something different in his movies. The actor and producer has proved it again with his latest production ‘Delhi Belly’. The song ‘Bhaag DK Bose’ in the movie has already caught fame.

The lyrics of the song has been smartly penned down by Amitabh Bhattacharya. The words of the song actually depicts a Hindi abuse, but has become very popular among the youngsters, mainly due the fact that it covers the public sentiment expressed by the youth in India.

The remix of the song is now days played at clubs and discotheques. Even the Censor Board had passed the song with a few subtractions and the makers of the movie are happy with the decision.

But the director of ‘Pyaar Ka Punch Nama’ Luv Ranjan, is of opinion that the Censor Board is biased with the big banners of the industry. After the song was approved, the cast of the movie Imran Khan, Kunal Roy Kapoor and Vir Das had launched the song. During the launch, the actors said that all the three characters in the movie are DK Bose. The actors added that the song was based on the theme of Delhi Belly and not on any particular person.

Delhi Belly is set to release on 1st July 2011 and the audience is waiting for the moment of its release. 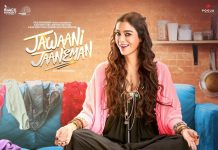 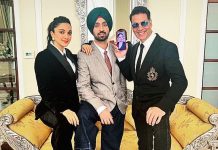