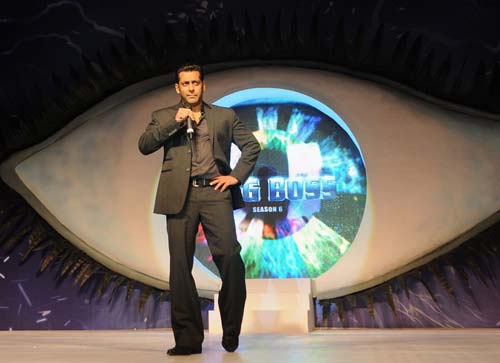 BollywoodGaram.com: Bollywood superstar Salman Khan seems to be in legal trouble as the Hyderabad Police booked the actor on December 20, 2013 for hurting religious sentiments of Muslims in a TV show aired on Colors Channel. A case has been filed against Salman and the producers of the show ‘Bigg Boss’ for insulting a religion.

A complaint has been filed under the section 295 of the Indian Penal Code at Falaknuma police station in Hyderabad. Anurag Sharma, the police commissioner said that the case was booked following the complaint filed by a petitioner who alleged that the religious sentiments of Muslims were hurt during the reality show.

Sharma said, “Before proceeding further with the investigations in the case, we have sought legal opinion with regard to the jurisdiction and culpability”. The petition stated that the show hurt the religious sentiments by showcasing Hell and Heaven known as ‘Jahannum’ and ‘Jannat’.

The complaint has been filed by Mohammed Fasihuddin in the court of VIth chief Metropolitan Magistrate, which directed the police to register a case. The reality show is known for its controversial content and has always been on the radar of the TV watchdog.