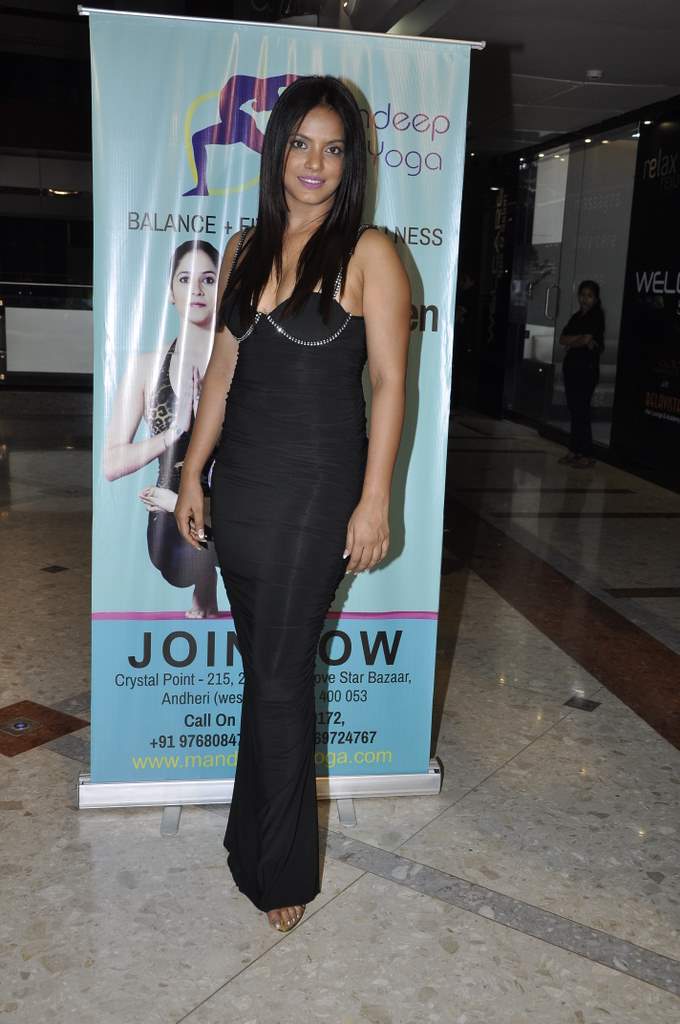 BollywoodGaram.com: Bollywood actress Neetu Chandra attended the launch event of the hot new yoga studio of Mandeep Kaur in Andheri on December 21, 2013. The launch of the yoga studio was also attended by Sahil Khan, Sofia Hayat and Dalip Tahil.

For the event, Neetu was seen in a black gown. The event also saw Sofia, who was recently eliminated from the house of Bigg Boss 7, a reality show hosted by Salman Khan.

Sofia was in the news recently for filing a complaint against another house member – Armaan Kohli – alleging physical abuse. Hayat alleged that the actor hit her in the face with a mop.