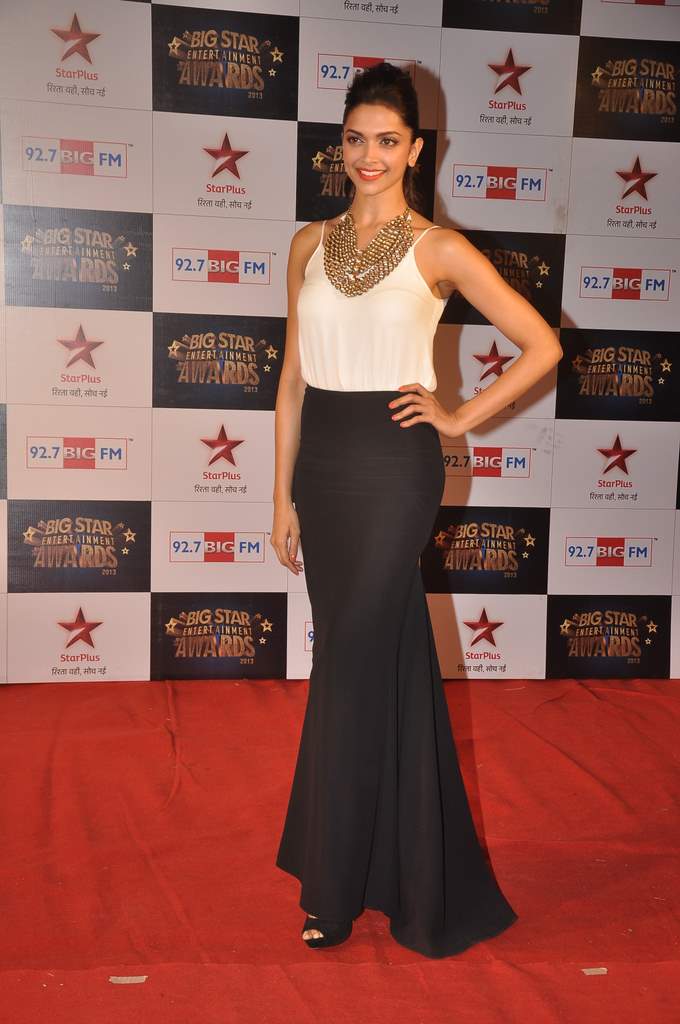 BollywoodGaram.com: Some of the biggest Bollywood stars, including Amitabh Bachchan, Salman Khan, Deepika Padukone and Kareena Kapoor attended the Big Star Entertainment Awards 2013, which were held in Mumbai on December 18, 2013. For the event, celebrities arrived in their best and glamorous outfits.

While on the red carpet, Deepika interacted with the media and said, “It has been a great year, I am not denying that, but I cannot say if it has been my year.” The gorgeous actress went on to say that she has been lucky to have four releases which were special and all of them did well and were liked too.