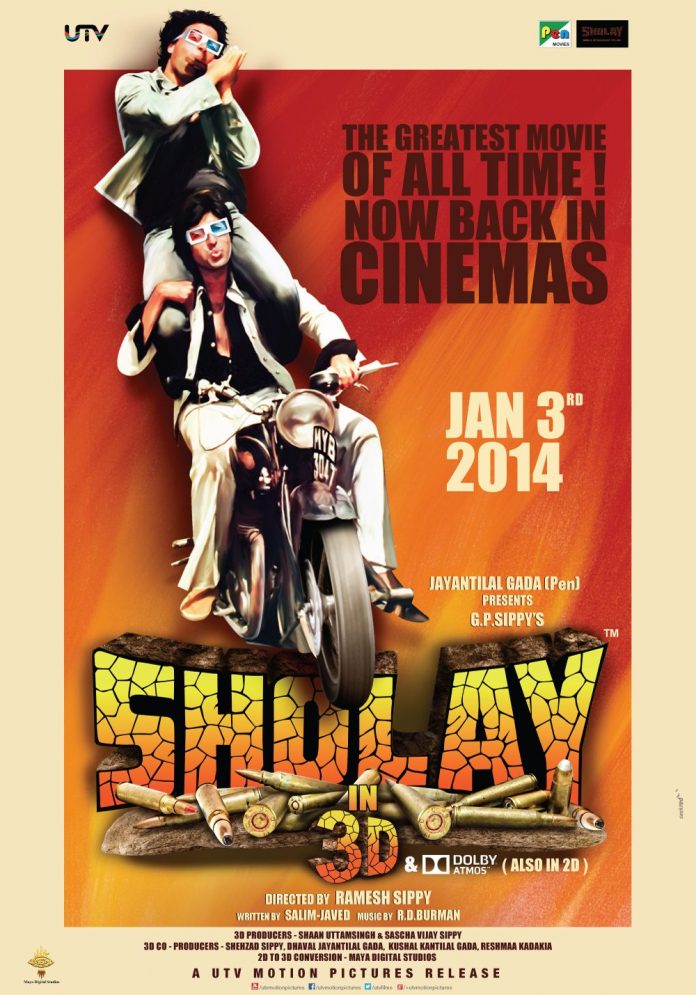 BollywoodGaram.com: One of the most popular movies in India and the one which created history when it was first released back in 1975, ‘Sholay’ is all set to make a grand return to Indian theaters in 3D, thanks to the collaboration between Sholay Media & Entertainment Pvt. Ltd. & Pen India Pvt. Ltd. and Ketan Mehta’s Maya Digital Studios.

A team of 350 people worked on the project for over a year, under the leadership of Siddhartha Jayakar, who has tremendous experience in the field of computer animation, visual effects and conversion from 2D to 3D.

The highly-anticipated movie in 3D is scheduled to be released on January 3, 2014, when both the older and younger fans will be able to watch some of the most unforgettable characters of the Indian cinema, including Jai, Veeru, Basanti, Thakur and Gabbar Singh.