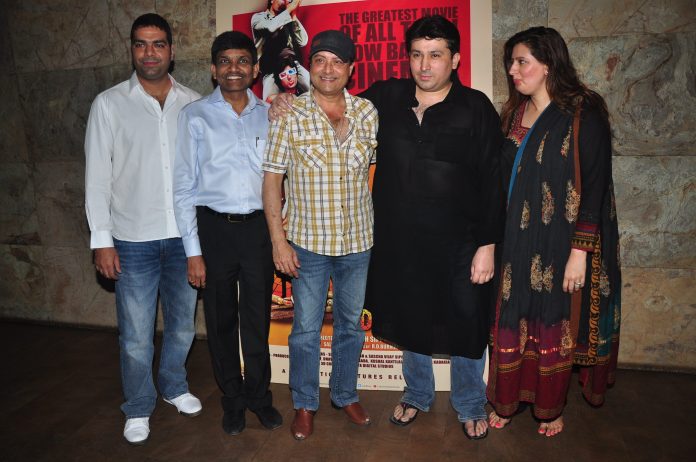 BollywoodGaram.com: The makers of the upcoming ‘Sholay 3D’ held a special screening of the movie on December 27, 2013 to honor the late Bollywood actor Amjad Khan, who starred as Gabbar in the original ‘Sholay’. The event was attended by Khan’s son, Shadaab Khan and his wife Rumana Achwa.

Veteran actor Sachin Pilgaonkar – who starred in the original movie released in 1975 – also attended the special screening. Other stars who were spotted at the event included the producer and presenter Jayantilal Gada and Shaan Uttam Singh, as well as Meenakshi Dixit and Satish Kaushik.