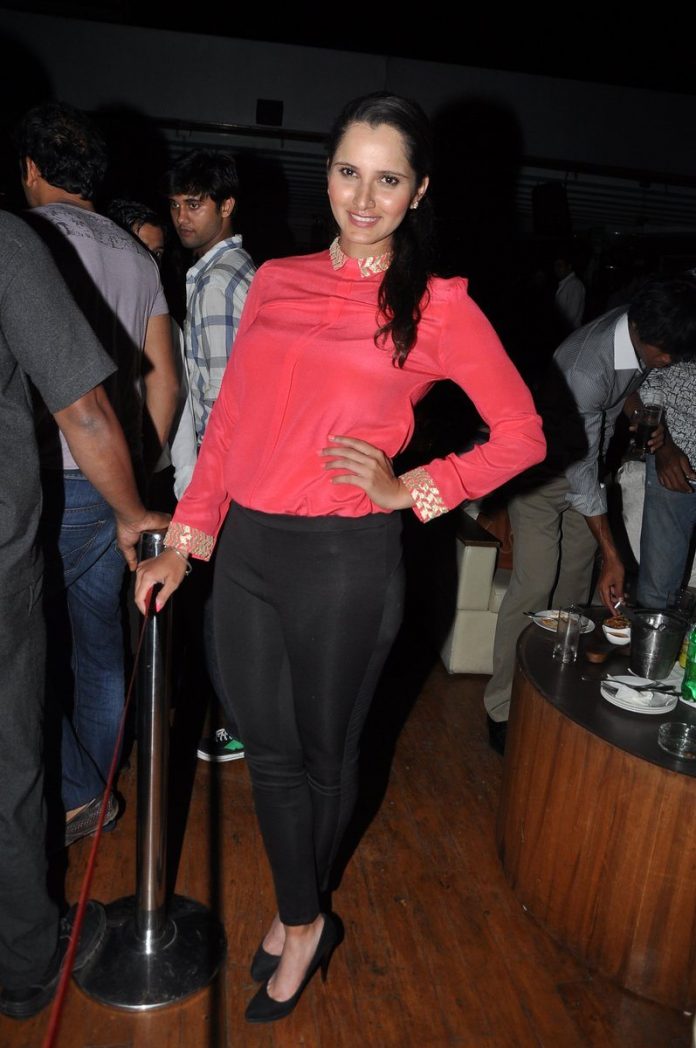 BollywoodGaram.com: Indian tennis player Sania Mirza, as well as tennis stars Rohan Bopanna and Somdev Devvarman were spotted attending the New Year’s Eve bash at Escobar on December 31, 2013. Everyone arrived dressed in their best outfits as they partied to welcome 2014.

The official Facebook page of Sania posted, “Sania Mirza and her team would like to wish each and every one of you A VERY HAPPY AND PROSPEROUS NEW YEAR…May this year be promising and extremely fulfilling for all of us!”

Mirza is married to Pakistani cricket player Shoaib Malik since April 2010. The tennis player was previously engaged to her childhood friend Sohrab Mirza, but the engagement was called off shortly afterwards.