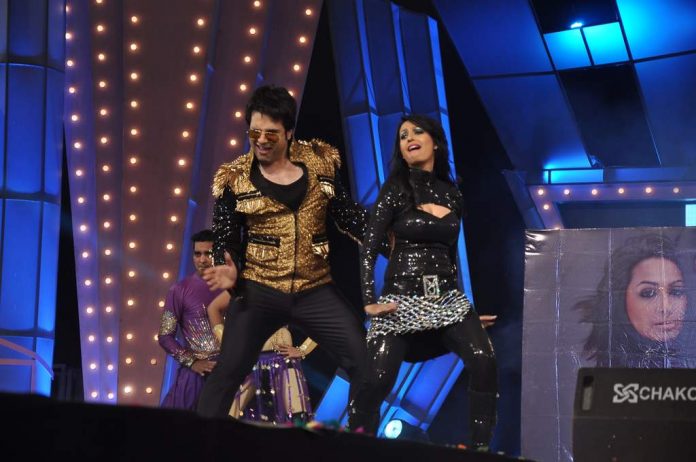 BollywoodGaram.com: Indian actors Kashmira Shah and Krushna Abhishek performed at the New Year’s party for Country Club in Mumbai on December 31, 2013. Just one day before the party was held, the couple hinted that they will be performing together.

Krushna said, “We are entertainers and it is our job to rock and entertain everyone. So we will dance, have fun and there will also be some stand-up.” Krushna and Kashmira have been in a relationship for a long time.

Kashmira has been in the industry since 1996, appeared in many Bollywood movies and won many beauty contests, including Miss University World and Miss India talent.