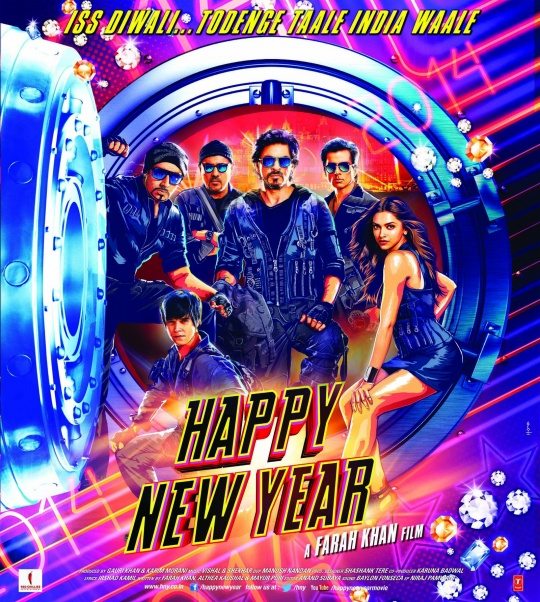 BollywoodGaram.com: Makers of the upcoming movie ‘Happy New Year’ released the first poster in a very unique way. The poster was released for fans on various social networking sites on January 2, 2014 and each fan was rewarded with a personalized poster online.

The makers of the new movie teamed up with American company Digigraph in order to create a special application for the fans. Twitter users who are fans of the movie, the cast and the director received personalized poster which was signed by the artist of their choice. The poster is addressed to each fan specifically and is signed in the artist’s own handwriting.

The director of ‘Happy New Year’ Farah Khan promised that the flick will be one of the most interesting and entertaining movies of 2014. Khan said, “My dream project ‘Happy New Year’ takes another step towards realisation with the first poster being launched today. I believe in cinema that entertains and with a dream cast like this we hope it will be the most entertaining film of the year”.