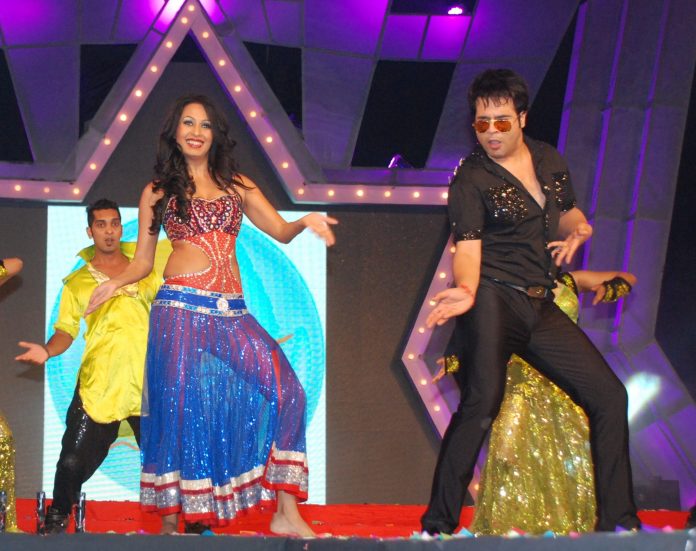 BollywoodGaram.com: The 8th edition of Asia’s Biggest New Year Bash 2014 was hosted by the Country club of India. The spectacular event featured performances by some of the stars from India and Middle East. Kashmira Shah and her partner Krushna Abhishek took to the stage and entertained the audience as they danced to numerous blockbuster numbers.

While Kashmira and Krushna performed in Mumbai, Maryam Zakaria performed in New Delhi, Claudia Ciesla in Pune, Shradha Sharma in Ahmedabad, Shubhangi in Indore, Simran Kaur in Jaipur and Hussein and Tina in Surat. Country club members from all over India were entertained by celebrities during the New Year’s Eve.

Country Club has more than 55 properties and over 4,000 affiliations across the globe, with more than 3,00,000 happy family members and more than 12,000 employees globally to be at their service.