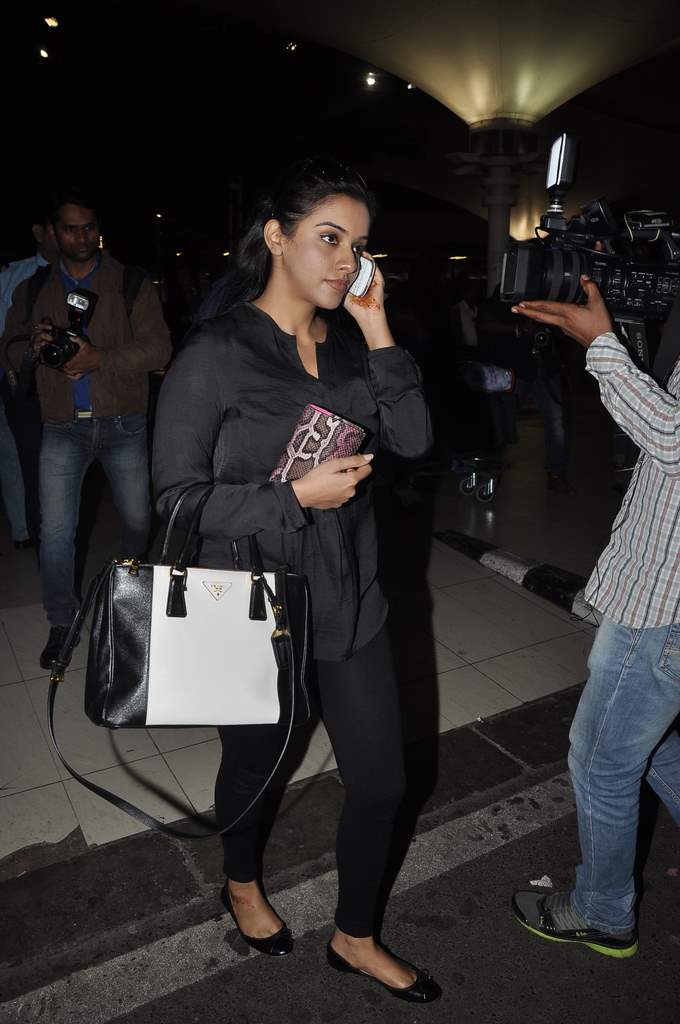 BollywoodGaram.com: Bollywood stars were snapped at the Mumbai Airport while they were returning home from their New Year vacations on January 2, 2014. Many Bollywood celebrities left the country in order to enjoy exotic locations across the globe.

Stars who were spotted at the airport included Sohail Khan, Karan Johar, Raveena Tandon, Rakesh Roshan and Shamita Shetty. Madhuri Dixit was seen holidaying with her family and tweeted during her vacation, “Loving Sydney for New Year’s… At the bridge in Sydney. The crowd is amazing!” The actress also posted an image and wrote, “Happy New Year from Sydney, Australia!”

Plenty of celebrities decided to get away to welcome the New Year abroad.