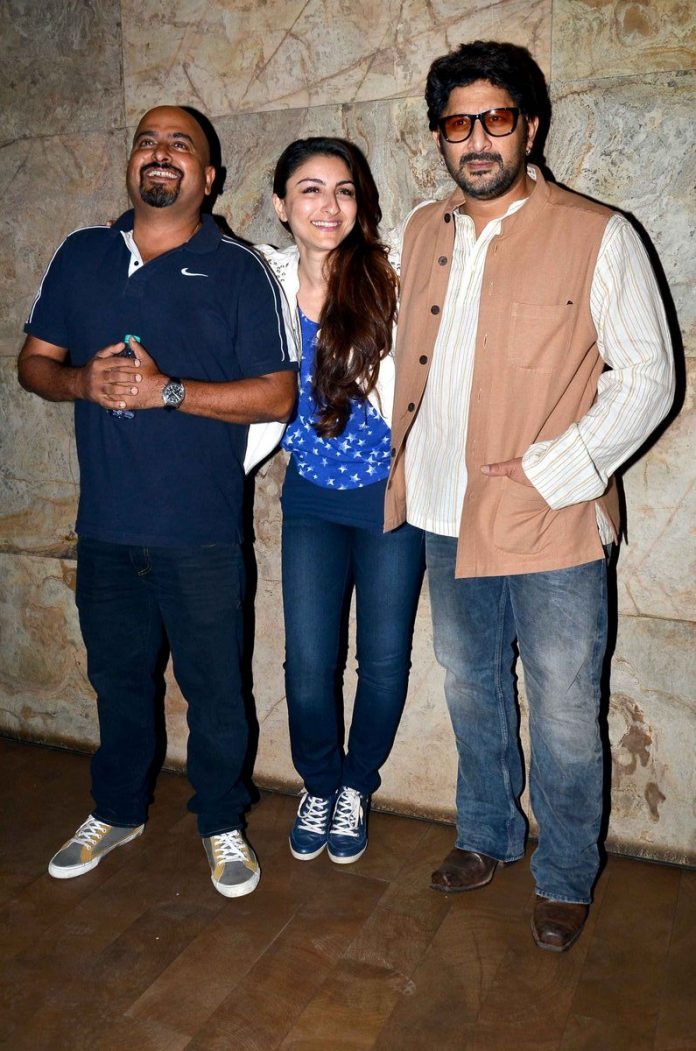 BollywoodGaram.com: Indian actors Soha Ali Khan and Arshad Warsi were present at the special screening of ‘Mr Joe B. Carvalho’. The screening of the upcoming movie was held in Mumbai on January 2, 2014.

After the screening, Arshad Warsi wrote on Twitter, “It felt so good to see the audience laughing their hearts out at the preview of Mr Joe B. Carvalho last night. Thank you for loving our film.” The event was also attended by Sharman Joshi and Soha Ali Khan’s boyfriend Kunal Khemu.

The new comedy is directed by Samir Tewari and produced by Shital Malviya and Bholaram Malviya and has reached theaters in India on January 3, 2014.