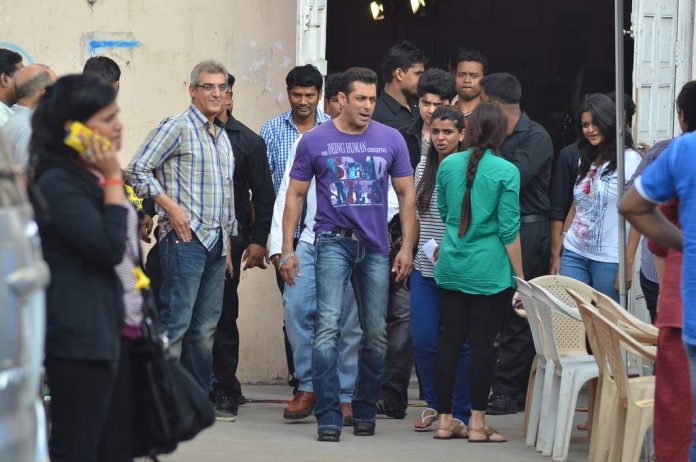 BollywoodGaram.com: Bollywood superstar Salman Khan and actress Daisy Shah were photographed at the Mehboob Studios in Mumbai while they were shooting for the upcoming movie ‘Jai Ho’. The makers of the flick have wrapped up the shoot and ‘Jai Ho’ is all set to hit theaters on January 24, 2014.

Two songs – ‘Photocopy’ and ‘Tere Naina’ – have already been released from the upcoming flick. While on the sets, Salman was seen dressed in casual jeans and a shirt and interacted with fans and friends as he came out with his sister Alvira Khan. At the moment, the ‘Dabangg’ actor is excited about the release of the 3D version of the classic movie ‘Sholay’.

On the other hand, Daisy has signed another movie.