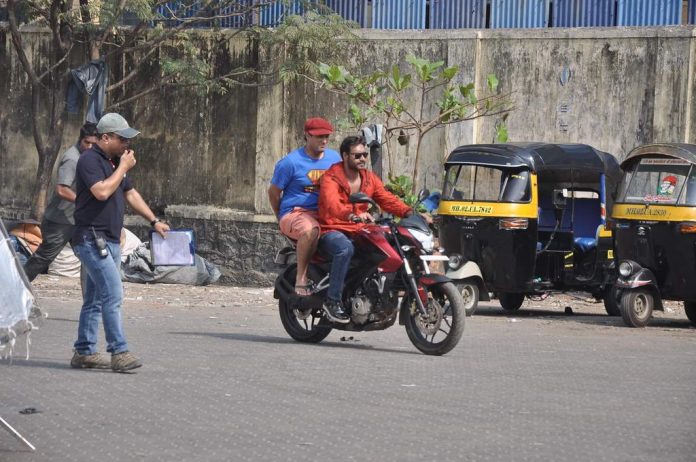 BollywoodGaram.com: Indian stars Sonu Sood, Ajay Devgn and Kunal Roy Kapur were snapped on the sets of their new movie ‘Action Jackson’ on January 4, 2014 in Mumbai. ‘Action Jackson’ is another highly anticipated flick of 2014, directed by Prabhu Deva.

The upcoming movie will have three female leads, out of which two have been finalized and they are Sonakshi Sinha and Yami Gautam. The makers of ‘Action Jackson’ announced the cast in a press release, which stated that the third female lead has not been found yet.

The flick will hit the theaters on April 11, 2014 and is produced by Gordhan Tanwani under the banner of Baba Films, which is a division of Baba Arts Limited.