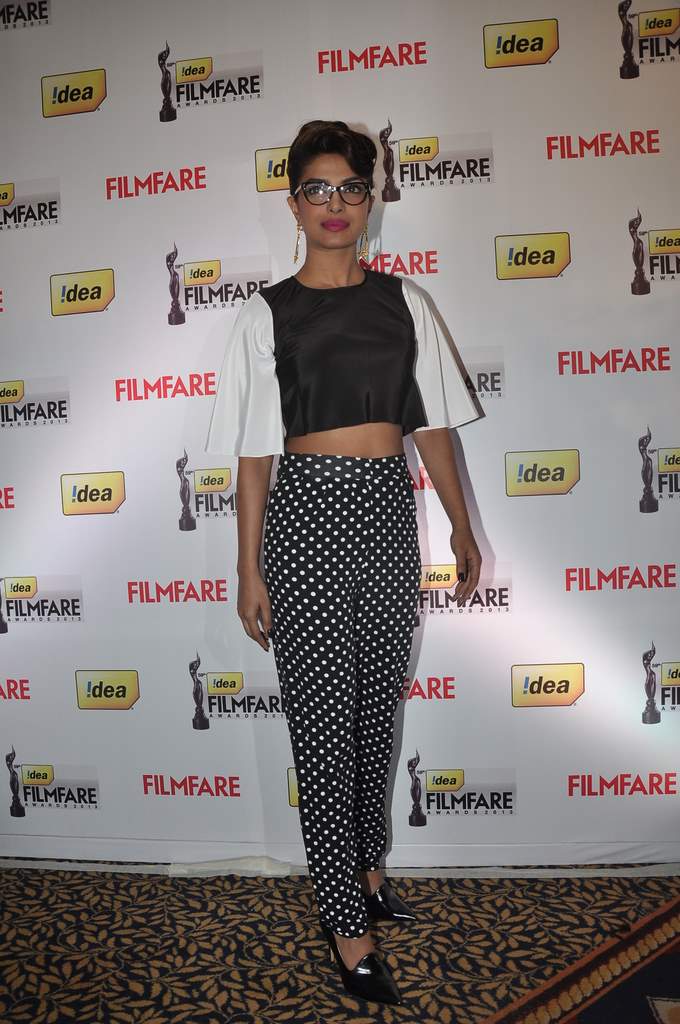 BollywoodGaram.com: Indian actress Priyanka Chopra has been announced as the host of the 59th Idea Filmfare Awards. The announcement was made during a press conference which was held at Hotel Leela in Mumbai on January 6, 2014.

For the event, Chopra sported a funky retro look and shared that she is very excited. The gorgeous “Fashion” actress also said that she has had an amazing experience with Filmfare in the past. When it comes to Priyanka’s career, the actress won several Filmfare awards for her work in Bollywood and has always shared a great experience with the team, as well as the event itself.

Ranbir Kapoor will be co-hosting the show with Chopra and promos of the event have already gone on air.