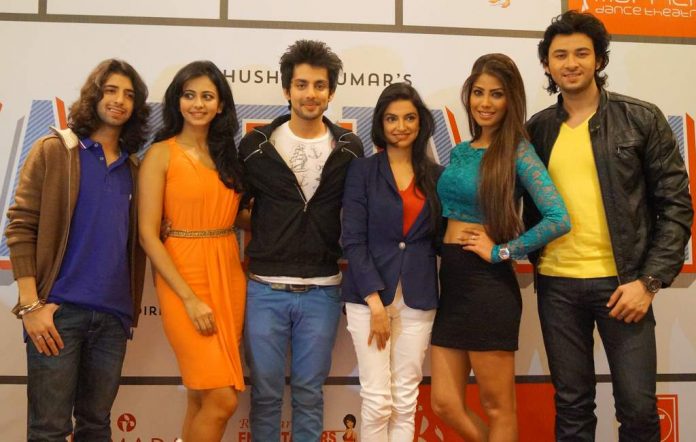 BollywoodGaram.com: Promotions of the upcoming movie ‘Yaariyan’ are in full swing. The cast of the flick – including Himansh Kohli, Rakul Preet Singh, Shreyas Pardiwalla, Dev Sharma, Nicole Faria – and director Divya Khosla Kumar were photographed during a press conference to promote the movie on January 6, 2014 in New Delhi.

In a recent interview, Khosla said that as a filmmaker, she has plenty of plans for the future and that she has already started working on a new script.

However, the actress-turned-director refrained from sharing more information about it, saying that it would be too early to discuss it as the release of ‘Yaariyan’ is just around the corner.