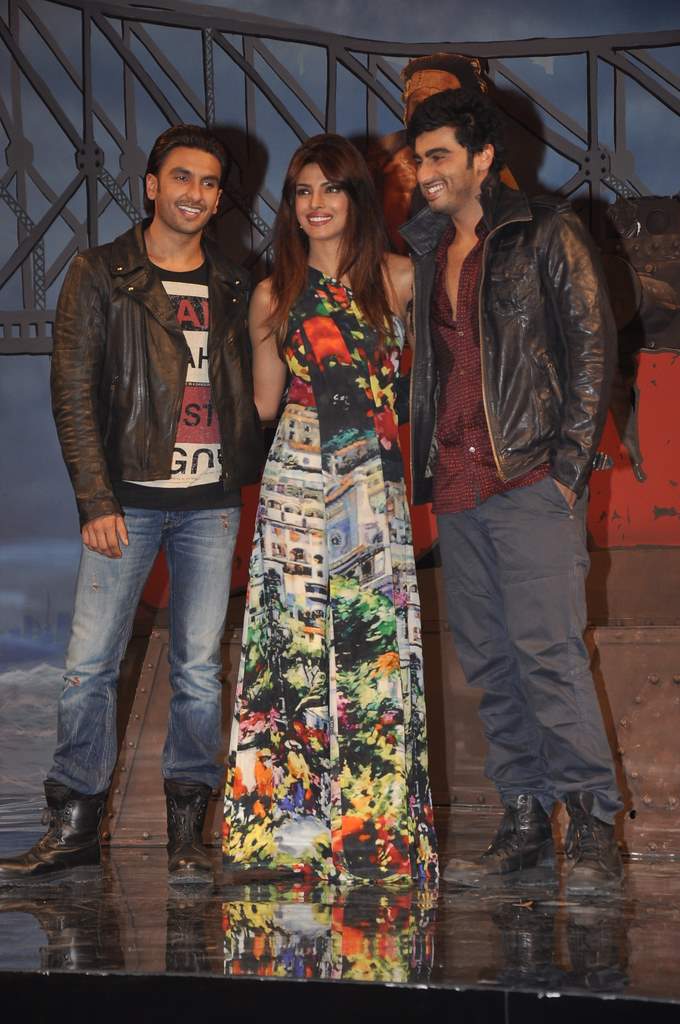 BollywoodGaram.com: The cast of the upcoming movie ‘Gunday’ gathered at YRF Studios on January 7, 2014 for the music launch. Priyanka Chopra, Ranveer Singh and Arjun Kapoor were there to launch the music of the movie, which is all set to hit the theaters on February 14, 2014.

During the launch, Kapoor said that he has known Ranveer for a long time and that they used to hang out together. The actor also said that since the time they started shooting together, their friendship has gone at a very deep-rooted and honest level.

Priyanka looked fabulous in a long dress, while Ranveer and Arjun looked cool in leather jackets.