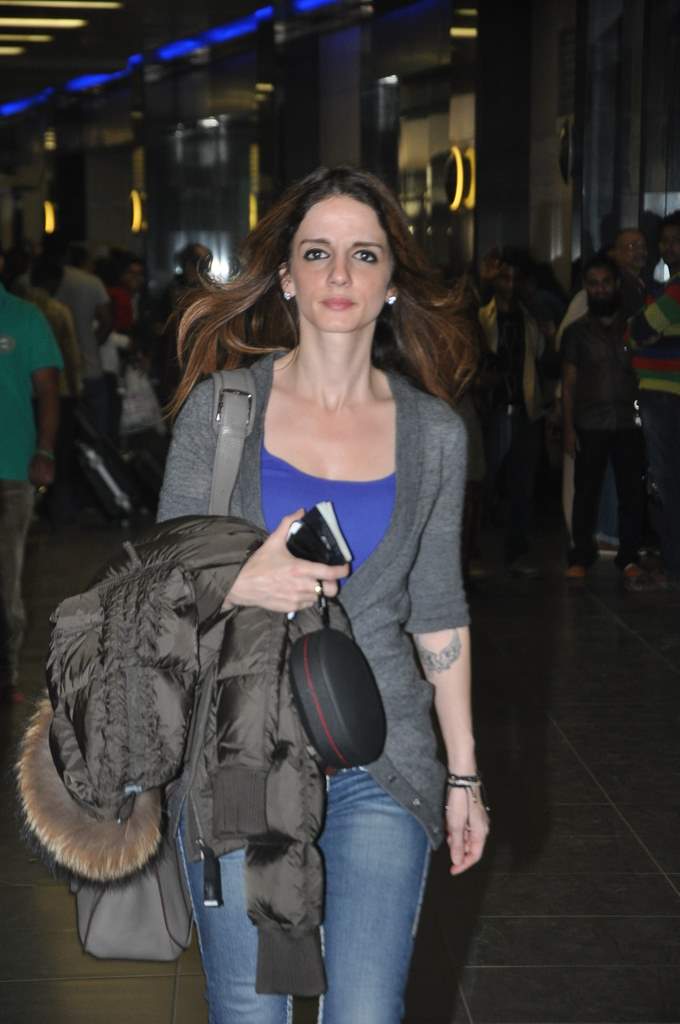 BollywoodGaram.com: Bollywood star Hrithik Roshan’s estranged wife Sussanne Roshan was snapped at the airport on January 7, 2014. Reports say that the businesswoman was picked up from the airport by Hrithik’s manager Ashok Vasodia.

Close friends of the couple have revealed that Hrithik is moving out of his El Palazzo apartment and will be living in Prime Beach Apartments in Juhu. However, this is just a temporary move by Hrithik until the El Palazzo apartment is renovated. This time, Sussanne is not the one who will be doing the renovation, but John Abraham’s brother Alan Abraham will be redesigning the house.

The Bollywood couple was recently in the news when reports surfaced that they have decided to call off their relationship.