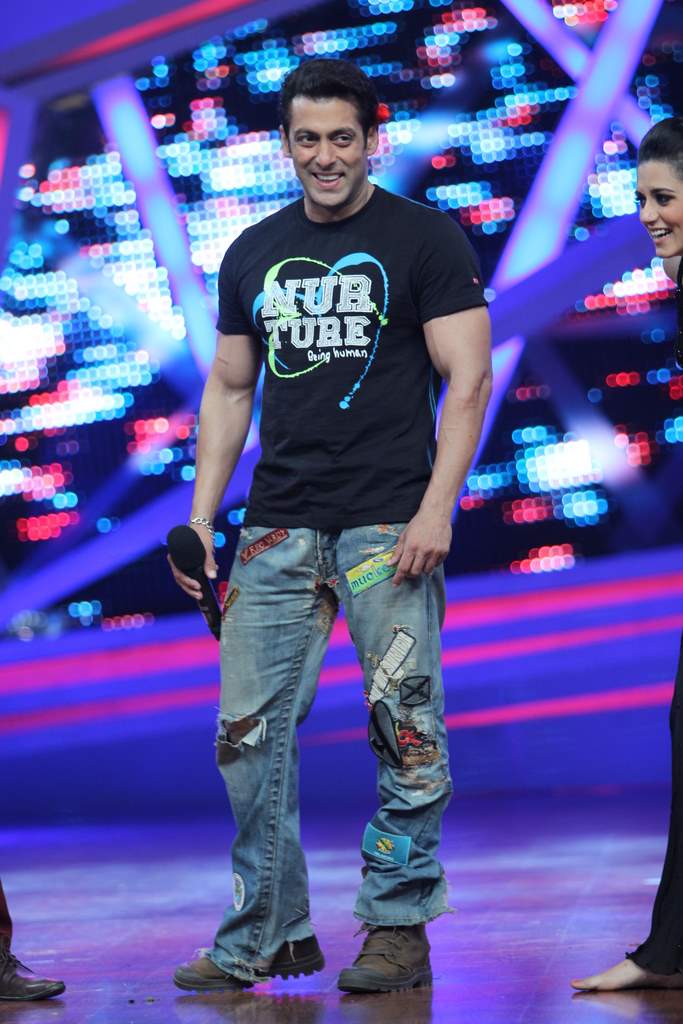 BollywoodGaram.com: Superstar Salman Khan and actress Daisy Shah promoted their upcoming movie ‘Jai Ho’ on the sets of ‘Nach Baliye 6’ at Filmistan Studios in Mumbai on January 7, 2014. During their appearance, Khan and Shah were having a good time on the stage.

After the shoot, Khan said, “I had a lot of fun shooting this episode and hope when it comes on screen, people have fun watching it…. I pulled Shilpa Shetty’s leg.’’ Shah also interacted with the media and said that Salman is a very good dancer and has his own unique style of dancing.

The highlight of the show was when the ‘Dabangg’ actor gifted Vinod – one of the contestants – a bracelet which he wears all the time.