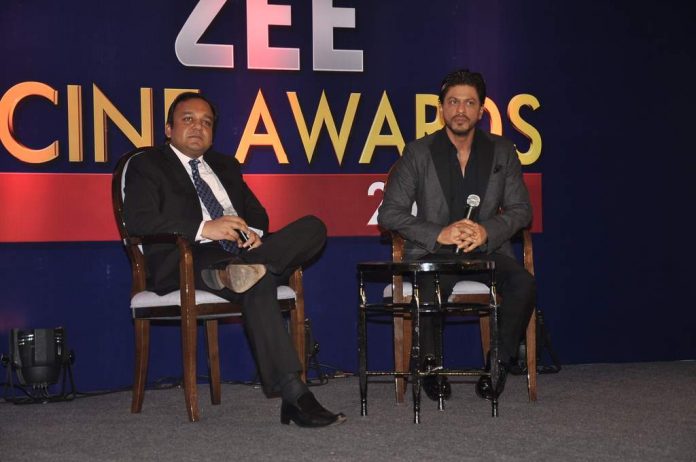 BollywoodGaram.com: Bollywood superstar Shahrukh Khan attended the announcement press meet of Zee Cine Awards in Mumbai on January 9, 2014. During the press event, the actor said that they have had the Zee Cine Awards across the globe in the past and that he has performed for them many times.

Khan went on to say that he has participated on the spot of the moment and that the platform is very organized. The actor also stated that it gives an artist the freedom to express himself and in 2013, 52 million viewers saw this award function.

Shahrukh also expressed that an artist always wants more and more people to see his work.