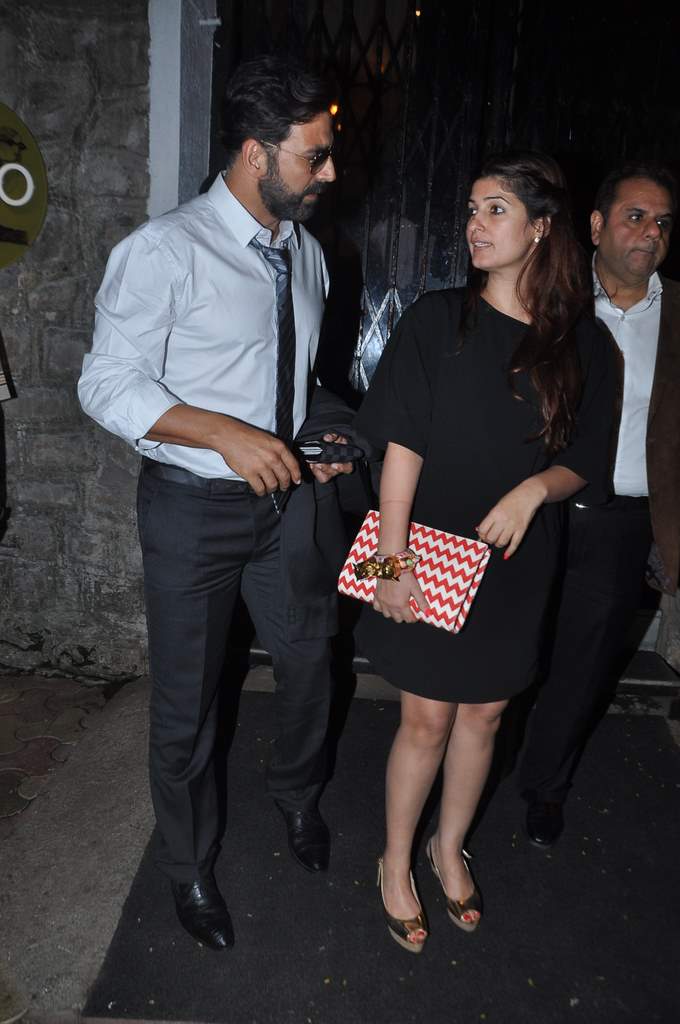 BollywoodGaram.com: Bollywood couple Akshay Kumar and Twinkle Khanna were snapped outside Nido restaurant in Bandra in Mumbai on January 10, 2014. The two stars were seen enjoying dinner with friends.

Akshay sported a new bearded look, which is required for his upcoming movie ‘Gabbar’. The actor looked elegant in formals, while Twinkle looked very pretty in a black dress. ‘Gabbar’ is an upcoming Hindi action drama, which is produced by Sanjay Leela Bhansali and Viacom 18 Motion Pictures. The movie has Akshay and Shruti Haasan in the lead roles, while Kareena Kapoor is expected to do a cameo appearance.

The movie is a remake of the 2002 commercially successful movie ‘Ramana’, which had Vijaykanth in the lead role.