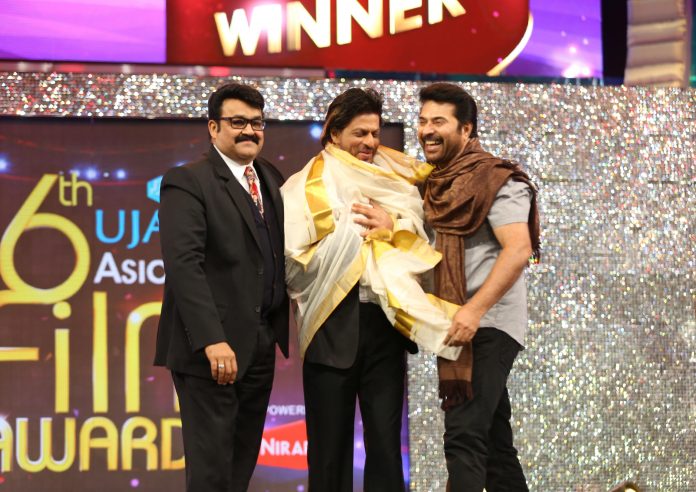 BollywoodGaram.com: Bollywood superstar Shahrukh Khan was honored by Asianet, which is Kerala’s No. 1 TV channel. The actor has been named the International Icon of Indian Cinema at the 16th edition of Asianet Film Awards by South Indian cinema’s superstars Mammootty and Mohanlal on January 10, 2014 in Dubai.

Khan said that it is a huge honor for him to receive the award from Asianet and that it was also great to receive so much love from Mohanlal and Mammootty. The actor went on to say that he gets inspiration from such great actors.

During the event, Mohanlal sang the whole song from the blockbuster movie ‘Dilwale Dulhaniya Le Jayenge’, while Shahrukh danced to ‘Lungi Dance’ from his movie ‘Chennai Express’ along with the veteran actors.