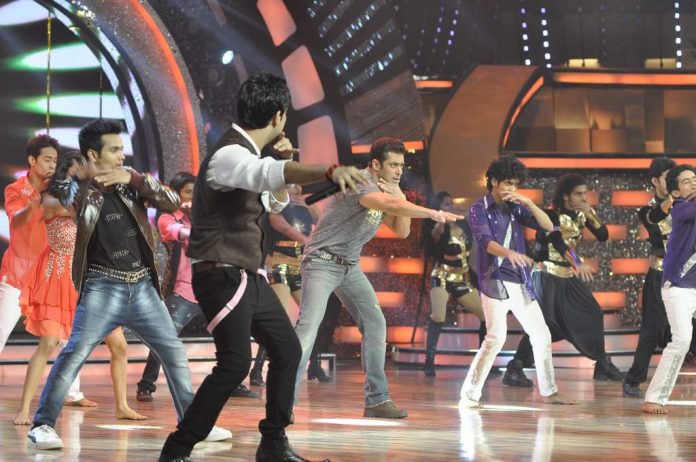 BollywoodGaram.com: Actor Salman Khan and his co-star Daisy Shah promoted their upcoming movie ‘Jai Ho’ on the sets of ‘Dance India Dance’ on January 13, 2014. The lead stars of ‘Jai Ho’ are keeping themselves busy with promotions, as the flick is all set to hit the theaters on January 24, 2014.

After the shoot and while interacting with the media, Salman said that Daisy is in a panic mode as she is not used to the media and shared that she is a very quiet person, due to which she thinks what to speak in front of the camera.