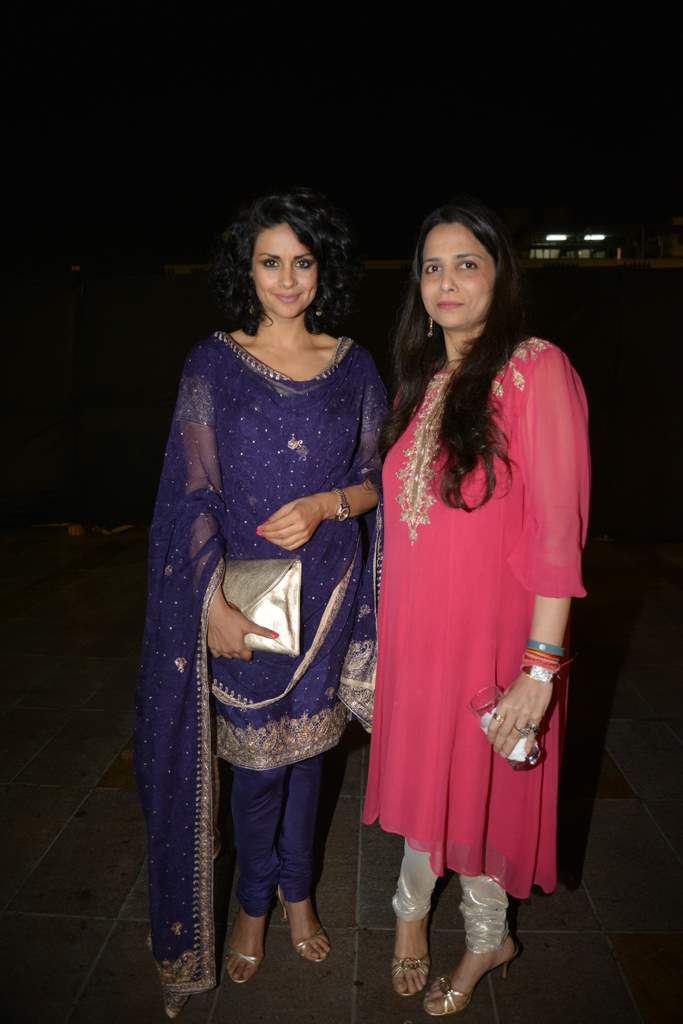 BollywoodGaram.com: Bollywood stars Poonam Dhillon, Gul Panag, Bhagyashree and many others were snapped at the jewelry designer Roopa Vohra’s lohri party on January 16, 2014. At the event, all guests were seen in a festive mood and dressed in traditional outfits.

Gul was recently seen in a Punjabi movie and has been keeping a low profile since she married Rishi Attari on March 13, 2011. The actress got married in a traditional Sikh ceremony in a Gurudwara. Lohri is a popular festival celebrated by Punjab and marks the shortest day and the longest night of the year.

The festival is traditionally associated with harvest of the rabi crops.