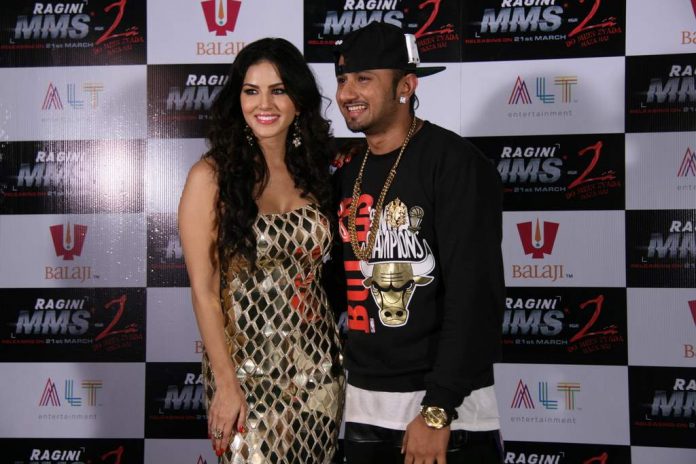 BollywoodGaram.com: Indo-Canadian adult movie star Sunny Leone and Punjabi rapper Honey Singh have teamed up for an upcoming song which will be featured in the movie ‘Ragini MMS 2’. The actress and the rapper announced their collaboration during a press conference which was held at Sea Princess in Mumbai on January 16, 2014.

The song will be featured in ‘Ragini MMS 2’, which is produced by Balaji Telefilms. The Yo Yo Honey Singh and Sunny Leone song has been titled ‘Chaar Bottle Vodka’. The upcoming flick is a sequel to the 2011 movie ‘Ragini MMS’.

This time, the makers will be releasing a 3D horror thriller which is directed by Bhushan Patel and is co-produced by Ekta Kapoor and Shobha Kapoor.