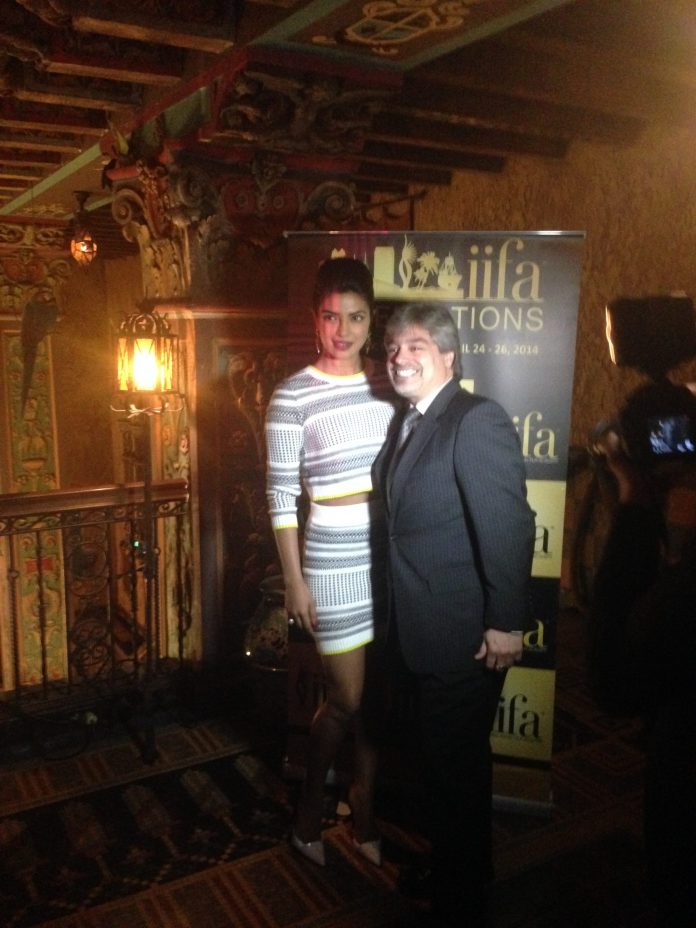 BollywoodGaram.com: Bollywood stars Priyanka Chopra and Anil Kapoor attended a press conference on January 16, 2014 to promote the 15th International Indian Film Awards (IIFA) which will be held in Tampa Bay, Florida for the first time. The awards ceremony will be held from April 24, 2014 until April 26, 2014.

In 2014, the awards ceremony will be held in the United States for the very first time. The IIFA are a set of awards which are presented on an annual basis by the International Indian Film Academy and honor the artistic, as well as technical excellence in Bollywood.