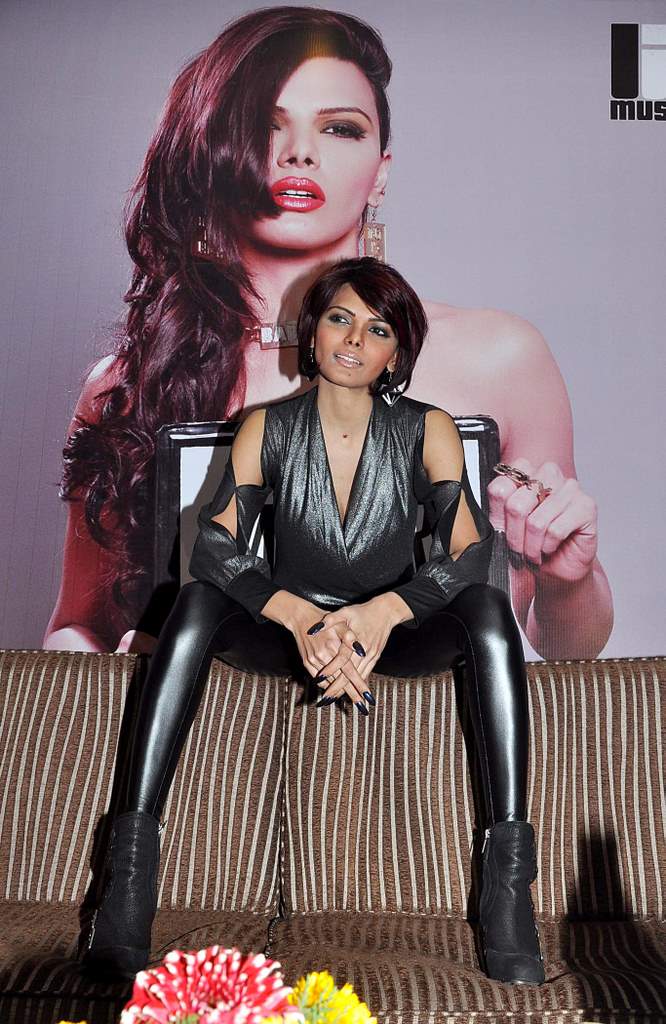 BollywoodGaram.com: Actress Sherlyn Chopra launched her new album ‘Bad Girl’ during an event which was held in Gurgaon on January 17, 2014. The controversial star made headlines recently as she was not present at a promotional event for the upcoming movie ‘Kamasutra 3D’ and hurled abuses to director Rupesh Paul. Even though the weather in Gurgaon was cold, Chopra had a warm press meet.

Sherlyn tweeted, “Just wrapped up the press conference of #BADGIRL in Delhi.. Phew!!!! Huge thanks to the Delhi Media!!!!!” The actress already premiered the first video from ‘Bad Girl’ and is looking forward to other releases.

The video was directed by Nickk and the music is provided by rapper Ikka Singh.